Rejoice Britpop fans, Suede shall return. Front man Brett Anderson has confirmed to UK's XFM that Suede will record again. He says "After I've promoted this solo album I intend to be writing a new Suede album." No word yet as to when the record shall be ready.

At a surprise show in Costa Mesa, California earlier this week, Green Day debuted 15 new songs including one called "Amy," about the late singer Amy Winehouse. Green Day did not say when the new album and new material shall be released.

Lollapalooza will celebrate 2012 in three locations next year. In tandem with the annual Chicago festival and coupled with the success of the inaugural Lollapalooza Chile, Lolla organizers will also look to go to Rio and debut Lollapalooza Brazil in April of 2012.

Bjork has pulled a fast one on fans...well, not really, but enough to keep her latest multimedia project Biophelia more of an enigma than it already is. Last month we displayed the cover to Biophelia, but today the Icelandic Princess has released this as the actual cover to the album which arrives September 27 as a physical album, download and app record. Take a look: 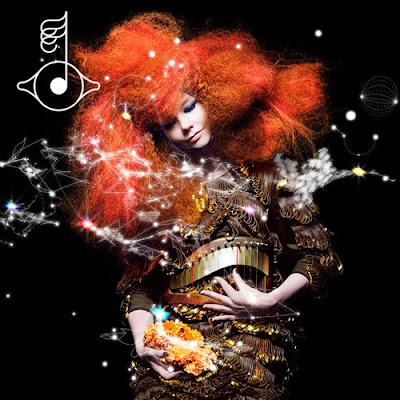 Posted by Salvatore Bono at 3:46 PM