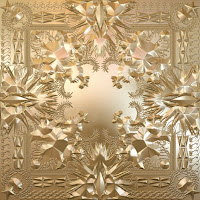 
Two of the biggest names in hip-hop team up for a legendary duet record that sees one shining brighter than the other. It is not surprise that Kanye West belts out the best lyrics, attack and flow on Watch the Throne, after all he is a bit mental and is still hungry to prove he is one of the greatest rappers of all time. Whereas Jay-Z, his mentor, has done everything one could possibly do in the genre and still manage to stay on top. Watch the Throne is a record that boasts two egos from two different sides of the spectrum, Jay-Z’s approach is more as the “big brother” figure discussing how he became the CEO of hip-hop, while Kanye is showing he is a true renaissance man from production to beat making to his words. While the record does not achieve the spectacle it aims for, it is still a worthwhile listen. With help from RZA and No ID on production and guests like Beyonce and Odd Future’s soon-to-be break out star, Frank Ocean, Watch the Throne is a record that is fun to listen to, but not as groundbreaking or brilliant as one would expect from these two. 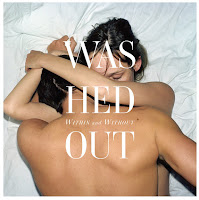 Washed Out – Within and Without

The sexy and seductive new release from Washed Out arrives to much hype and delivers. Within and Without is a record that simply exudes sex and will have you lighting up a few cigarettes after your initial listen. Combining shoegaze, dubstep and ambient sounds Washed Out turn on something very worthwhile to listen to. 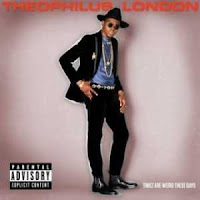 The much talked about New York emcee with the unforgettable name finally arrives with his debut. The debut from Theophilus London isa solid first release but could have been great in so many areas. London combines 80’s synth and old school hip-hop break beats and has clever things to say but does not seem to say enough. While the album is entertaining and any track can be tossed on a party playlist, it misses the mark in being complete with many of the songs beginning to sound too much the same. 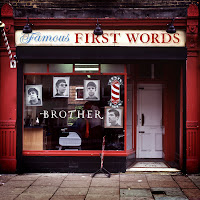 After all the talk, all the publicity, all the name changes, Engand’s Viva Brother have finally released their debut, Famous First Words. A band such as Viva Brother are hard to review, simply for the fact that their live shows are nothing but energy filled romps and their album captures that, however, their anthems and songs all begin to sound too much alike and sound too much like early Oasis, no matter how much they hate being compared to the Gallaghers. Yet, Viva Brother who call their music “gritpop,” are band who are loud enough to make you pay attention and that you should, we need a band to stir the pot like them, they make things interesting. 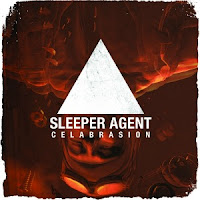 The mid-west indie rock band also serves up their debut and show us how to have fun. The cute and anxious boy/girl antics of Sleeper Agent are enough to keep the listener curious and hoping that the bands singers Alex Kandel and Tony Smith get together by the end of the record. Sleeper Agent are a band to keep an eye out for, Celabrasion is proof why.

The Chicago duo return with clever hooks, introspective lyrics and bouncing beats. Cool Kids were a last minute addition to Lollapalooza this summer and they showed the audience why they should have been added to the original roster with their insane performance, their sophomore release, When Fish Ride Bicycles captures their raucousness. It amazes me why this duo of talented emcees are still underrated and underappreciated, with a record such as this, they again, do not disappoint. 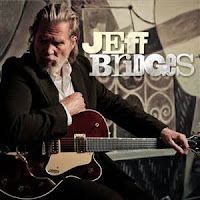 The Dude brings forth a record of songs from the ranch inspired by his Oscar winning performance in Crazy Heart. Bad Blake was the character that Jeff Bridges brought to life in Crazy Heart and it is him who we get in the studio on Bridges country debut. Produced by his friend, collaborator and legend T Bone Burnett, Bridges shows us his side project is something to admire. 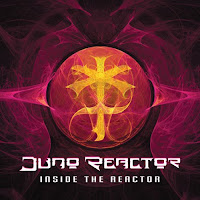 Juno Reactor – Inside the Reactor

The cinematic electronic band returns with more of the same. Juno Reactor, like their colleagues, Propellerheads, make a find contemporary form of electronic music that you can easily hear and want to have backing any major blockbuster film. Yet, the band’s latest is just more of the same material we have come to hear from them through the years.

The Killers drummer, Ronnie Vennuci takes center stage on his solo debut. Backing the massive ego of Brandon Flowers may get a little tiresome at points, so while on hiatus, Vennuci is taking his music from behind the drum kit to the front, singing and playing guitar in Big Talk. It is pure rock and roll, with a touch of glam. Something for fans of Killers to add to the collection. 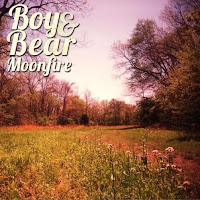 Boy and the Bear – Moonfire

Austria’s answer to Mumford and Sons arrives. The Aussie folk/alt-country act arrive in America and show how they can be the music industries answer to cash in on the Mumford and Sons sound. Nothing groundbreaking and nothing too exciting, but of you happen to be a fan of that style of music or that English band, take a listen. 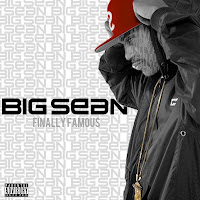 Kanye’s protégée gets his debut. Big Sean’s Finally Famous is a debut record that has been years in the making. However, unlike other Kanye mentored artists like Lupe Fiasco, Kid Cudi and currently Frank Ocean, Big Sean is just a “radio rapper,” meaning his commercial success could be big and deserved but nothing very critical or too excited in terms of style and sound to make a fuss over.

New Jersey punks go loud and raw but can’t hold it together. Rip-roaring guitars, pounding drums, tributes to The Boss and Static Jacks are just chaos in sound with no direction. Unlike other punk bands to come from the Garden State, Static Jacks are very unfocused and very sloppy in terms of production, style and sound. 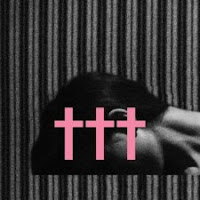 Deftones Chino Moreno and Far’s Shaun Lopez team up for ambient rock. Remember Chino’s other Deftones side project? Team Sleep? The long awaited ambient rock band that Chino had been talking about for years, then they finally arrived and it was easily forgettable. Chino does the same thing with his longtime friend Lopez with Crosses. At points you can see how seductive and clever the two can work together to make a surreal, atmosphere sound, then it just becomes more of the same without any interesting feelings or colors to add to the pallet.

Posted by Salvatore Bono at 4:19 PM