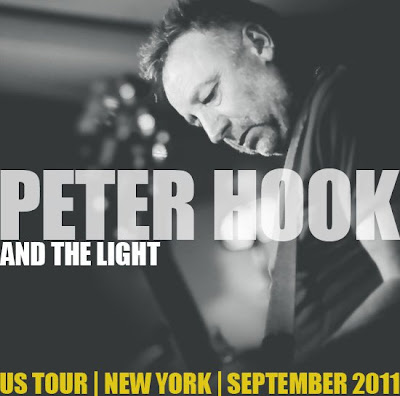 As we mentioned before, Joy Division's Peter Hook will be returning with his band The Light to perform Joy Divisions final masterpiece, Closer in full across North America. On select dates, he will be playing both Closer and Unknown Pleasures. Take a look at the dates below to see where Hooky will be playing, this is a concert you do not want to miss.

Read our May feature on Hooky when we spoke to him about the tour, Joy Division and his career HERE.
Posted by Salvatore Bono at 4:57 PM