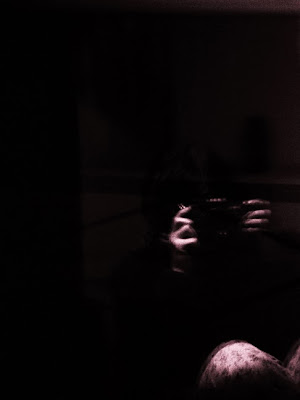 When artistic ability runs through your veins, there is not stopping or containing what you can do. For Natalie Curtis, the daughter of late Joy Division singer Ian Curtis, she channeled her inherited artistic creativity into photography. Natalie, who has become one of England's most sought after photographers finds a unique and creative perspective on the art form that seems to be loosing touch thanks to camera phones and the accessibility of digital photography. We spoke with Natalie about her work, her just relaunched website -- 16apr79.com, and how she found her passion as a photographer. Take a look at our interview with Natalie below:

What initially got you into photography?
I can't remember! I was young, about 4 I've been told. And I've just been reminded that I also used to label family photos, before I could even spell... My mum's just been going through old boxes and found some pics from her childhood, and at some point I'd written captions on the backs, things like "Mummy and a friend."

When did you realize you could make a career out of this?

Not until I did Art Foundation at my local college - I don't know if there's anything similar in the States, but it's a year long pre-university course where you try loads of different things. I really enjoyed the photography unit. That was when I started to take it more seriously. Before then it was just hobby.
You just relaunched your website with all new content, when going through your collection of photos, does it become hard to pick which you would like to showcase?
Yes, definitely. When I was selecting images for the new site I went down the route of my then favourites, organised by year, plus some very recent work. But now that I've lived with the site for a few months, I'm already thinking of other ways that I could organise my work, include other images that I previously overlooked.
Hailing from Manchester, how much has the city influenced your work?
I'd say that the feel of the city is very important in that a fair bit of my work has involved people in Manchester. Even if they're not from here, they're often photographed here. Manchester has influenced me generally in that when I was kid it was always the place where people did cool stuff, the place where people could do what they wanted to do. One of my earliest memories is of looking at 12" sleeves, records sent from Manchester, and having this almost mythical idea of the place in my head. I actually spent my childhood in Macclesfield, but I used to visit Manchester most weekends. I'm an honorary Mancunian!
Your images are very stark and often times very intense, your use of light and shadows is profound. Do you consider this your signature style?
You're very kind to say that. I've never thought of it in terms of a signature style. I just try to get what ever it is I'm looking at or experiencing.
Being music royalty, much of your work also resembles the work of Anton Corbijn who famously photographed your father’s band, Joy Divison. Has Anton been an inspiration to you?
Not long after I graduated from university, Orian Williams (Control producer) and I were chatting about photography and he mentioned how Anton uses available light. I found that incredibly reassuring and encouraging, especially since at the time I was assisting on photo shoots with lots of lighting.
Has there been any talk of showcasing your work in a gallery in the coming months / year?
There's this - http://16apr79.com/blog/swaysstills I would love to do another exhibition next year. Not sure where though.

Your photos are not so much of landscapes but generally of people and their expressions. Does photographing and exploring the human element appeal more to you?
Oh definitely. I guess I'm more interested in the emotional landscape, how people are relating to each other, their surroundings and their situation, and how I'm feeling also plays a part.
In an age when the cell phone is the most commonly used photo capturing device and the help of apps makes anyone look like a pro, do you feel doing analog work is nearly obsolete these days?
I don't think analog will ever completely vanish. But it has become less practical in that there's less choice of film, fewer labs and so on.

How do you feel about the cell phone and digital photography making anyone a photographer? Do you feel it takes away the art from the genre?

I think it's great that people are having fun taking photos. The industry has changed, but growing up in a recording studio at a time when people started making records in their bedrooms, I guess I was expecting and prepared for change. And I'm fortunate that I also grew up around very forward thinking people. Doing what I do, I can't have the same sort of career as photographers did in the 70s or 80s. But that's okay, I think now and what's next is a really exciting time, there's a lot of possibilities.

Coming from a musical background, have you ever photographed bands before?

When I was growing up? I seriously wish I'd photographed every band that ever recorded in our studio, everyone that was ever found sitting in our kitchen. But film was a precious commodity not to be wasted on musicians! I used to scowl at them instead. Apart from Doves, when they were Sub Sub, we liked them, and I did get to photograph them years later.

Who would you love to photograph that you have not gotten a chance to?

I don't really think that way but having answered the above, the recording studio customers.

Can we ever expect your work here in the U.S.?

Oh, I would LOVE to do a show and to shoot in the US. I really would like to spend more time over there.

What is next for you?

Well I've been planning to set a up a web-shop for a few years now. I need to take some time out and decide what I'm going to sell. And then more exhibitions and lots more travel I hope. I think the main thing is time to breathe, to be more free with my work and yet at the same time be more focused. Now I'm in my thirties I'm more confident and sure of what I want and that's a good place to be. 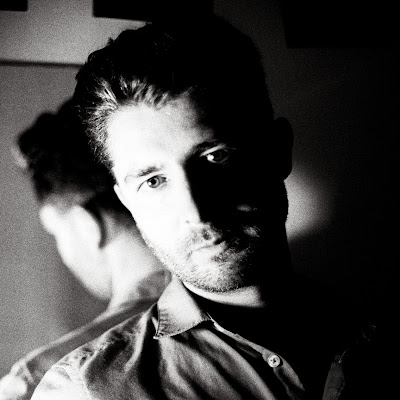 Posted by Salvatore Bono at 9:25 AM