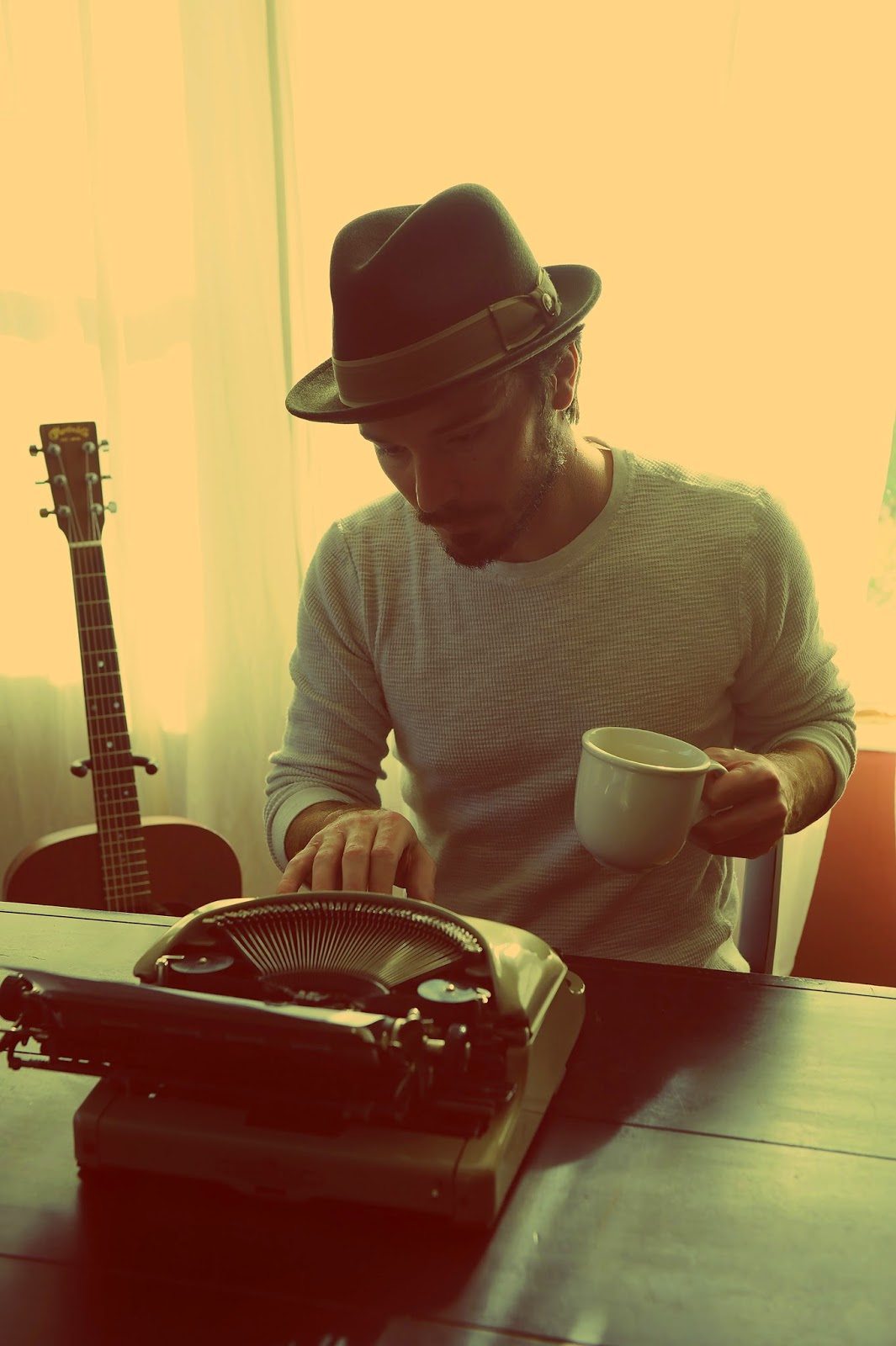 Singer / songwriters always have something to say, even when they are not performing. Something is always on their mind and generally their stories are some of the most fascinating. One singer / songwriter in particular is South Carolina native KaiL Baxley, who will release his new album, A Light That Never Dies, next month. Baxley, who was abandoned by his parents when he was a child was raised by his grandfather and would constantly move around. He is a musical nomad that tells his tales in his music and his tales are some of the most fascinating you will hear. We got a chance to experience them first hand in our interview with Baxley where he discussed his upbringing, new record, his grandfather, and that time he danced in front of The Godfather of Soul - James Brown. Take a look at our interview with him, below:

Your back story is utterly inspiring and fascinating. How does a boxer go from the ring to becoming a singer / songwriter?

I suppose they both help release the demons so to speak. Music was always more of a secret hobby of mine. I never had any aspirations of pursuing a career in it. When I was a young man my dream was to box in the Olympics. I dedicated myself to it. Unfortunately I got into a spot of legal trouble and that dream was crushed.

I’m the type of person that needs an outlet. Music filled that need and gave me a place to direct my “passions” for lack of a better word.

Legend has it that you had dance-off's with the one and only James Brown. How did that happen? What was that experience like going in front of Mr. Dynamite!?

James Brown was one hell of a guy! When I was 8 years old, my mother was locked up in a place called the State Park Correctional Center - a minimal security coed prison in South Carolina. James was in at the same time for something or another. So for a couple years when I’d go to visit, we’d see James out on the visitation grounds. He took a liking to me, I think, and would always come over and speak. I think he was trying to steal my dance moves! Haha! He always had to do the little step to get me started. “Whatcha got for Mr.Brown today, lil’MikaiL (Micheal),“ he’d ask.  And I’d do my steps. My grandfather insisted that I call him “Mr. Brown” out of respect, and I did every time I saw him for the rest of his life. I never got to see him in concert, but sometimes he would lead the church services at the prisonand it was just about the coolest thing I’d ever seen

When you left South Carolina, you ended up doing a bit of traveling, how did that inspire your music?

Oh, lots of ways. I tend to absorb my surroundings. I actually prefer to travel and write and still do as often as possible. Going to unfamiliar places forces you out of your comfort zone. It kickstarts the mind and before you know it, new sounds and old memories you didn’t even know you remembered start to appear.

Do you approach music the same way you did as boxing?

I do. I approach everything I’m serious about the same way I approach boxing. It’s the only way I’ve learned discipline.  And the two go hand-and-hand with me. I still wake up and train every morning at 9am at one of the top gyms in the nation here in Los Angeles. When mid-day rolls around, I hang up the gloves and pick up the guitar and work on music until dinner. I try and stick to a disciplined routine. Boxing is an anchor for me. It always has been. When I’m in the gym I’m not in the bars. I’ve finally got the system down. Haha!

In June you will release your new album, A Light that Never Dies, what can you tell us about that?

Well it’s been a labor of love over the past year. I’m excited to get it out and share it with people. I think it will speak for itself.

What is your light, your spark that never dies and keeps you going?

Probably my need to express a thing I can’t quite describe.

The record was made in LA, New York, and Charleston, how did the change in atmosphere from each city influence the album?

It was a great musical adventure. I’ve lived in each of those cities and they all have their own unique inspirational color. Los Angeles gives me a kind of ‘me against the world’ attitude towards things. New York is a gritty, sexy, pure swagger - the subways light up my imagination. And Charleston, well Charleston is home. It gives me a comfortable warmth. The history seeps into my skin and I sort of get swept up into the romance of the whole thing. Plus I got to record with some of my dearest friends in all of those cities and I’m very happy they were all a part of it.

You were raised by your grandfather growing up, how much of him are on these songs and what you do?

My grandfather’s in everything I do. Every action, every decision I make goes through the moral compass that he instilled in me. He was my best friend and not a day goes by that I don’t think of him in some way.

Was he a musician? Did you have musical roots?

Not really, he could carry a tune for sure. He sounded a bit like Johnny Cash when he sang, but he didn’t play an instrument or anything. His brother, my great uncle William, was the musician. He’d come over and play the piano that belonged to my grandmother. The two of them would sit in the parlor and harmonize those old time-y tunes from the 40’s.

Your first album, Heatstroke / The Wind and War, was presented as a double EP, a yin and yang, as it has been described. What was it like crafting the new record as one straight album?

Well, I kinda consider “A Light That Never Dies” my first real album for that exact reason. You come at it from a different angle when you’re putting together one fluid body of work. I prefer it actually. But you have to be careful not to chase the white rabbit into the road. Meaning that at some point, you have to let the record be done or you could kill it. If it wasn’t for Eric Corne who co-produced this album with me saying “I think we’re done,” then it may have been another year if I even put it out at all.

What is next for you after the record arrives?

Hitt’N the road! Hopefully to a town near you and I can’t wait!