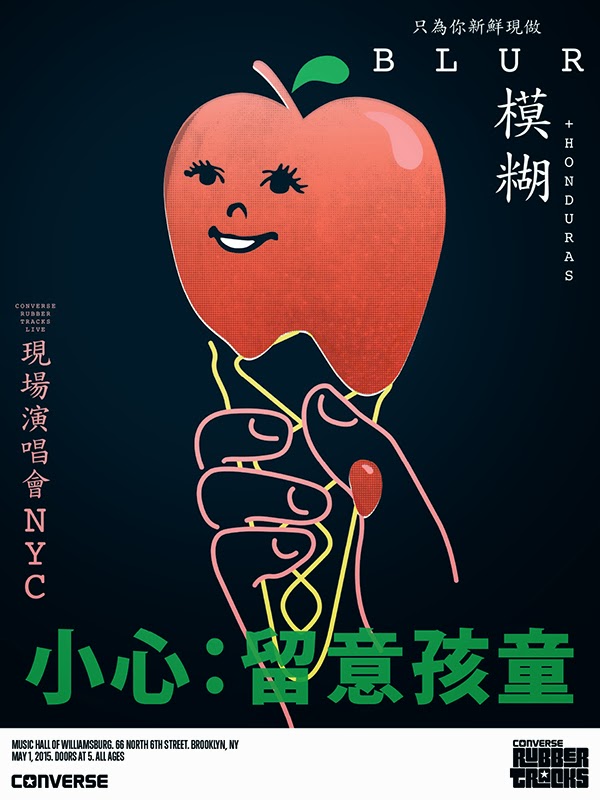 When Blur announced they would be performing on The Tonight Show this week, many speculated that the band would have to be doing a gig of some kind in New York City, simply because why would one of the all-time top British bands fly across the pond for a five minute TV appearance? Something didn't seem right. The band had to have something up their sleeve.

Blur just released their first album in 12 years this week, The Magic Whip, a fantastic new adventure for the band and the first with their original line-up consisting of Damon Albarn, Graham Coxon, Dave Rowntree and Alex James. After years of on-again / off-again reunion concerts, the band finally showed the world what the original members could do 15 years after the glorious 13. Their last record was 2003's Think Tank, but did not feature Coxon on guitars due to his departure from the band. The happy accident that is The Magic Whip hears a band that has no desire to repeat the past but only embrace the future and whatever the future may hold for Blur, this combination of four British men is something that we can always treasure and count on to give us something special.

While the new album arrived this week and their appearance on U.S. TV, Blur gave New York something they hadn't seen in 12 years -- a concert. In partnership with Converse, a free gig was announced as part of the Rubber Tracks Live Series in Brooklyn's Music Hall of Williamsburg. This would be the first time in 15 years that the original Blur line-up played New York City. A mad dash for tickets on Wednesday saw fans scrambling from all over the tri-state area try to get in  and see the Britpop icons in an intimate setting. Those that were successful saw something so special, it is hard to put into words.

Before 7p.m. on Friday, May 1, Blur took the stage. With thunderous applause,  they smiled, waved, and savored the moment just as much as the fans did. This wouldn't be the band's first U.S. show since their reunion, that came a few years back when the headlined Coachella, but East Coast dates after and before the festival were never announced, which made this Brooklyn concert all the more special. Backed by a choir and a keyboardist, Blur kicked into The Magic Whip with the album's opener "Lonesome Street." Albarn, one of the best front men alive, jumped around stage and looked like he was in all of his glory. Smiling with his gold teeth shimmering off the stage lights, Albarn entertained while the band looked as if they never left. Even though The Magic Whip is a new record, they made it feel like it was something they have been playing for years. Doing the record from start to finish with the expection of "Ice Cream Man," which Albarn admitted, "We are not confident enough to play that yet. Maybe next time if you will have us back?" While some in the room had heard the record and loved the experience, those that hadn't were still indulging in what they were witnessing. This is one of those gigs that will be talked about forever. If you knew the music or not, Blur made you feel right at home.

After nearly 45 minutes on stage, they retreated to the wings. As fans chanted "We. Want. Blur!," they returned for a three song encore of greatest hits. Albarn talked about how the first time they played The Big Apple was in 1990 and looked back on the memories of playing here. Then saying, "I guess we owe you a few old ones," they broke out into "Beetlebum," "Trouble in the Message Center," and of course, "Song 2," which tore the roof off the venue. For an hour, Blur flexed their musical muscle and fans were left stunned, but as they sang, "There is no other way." 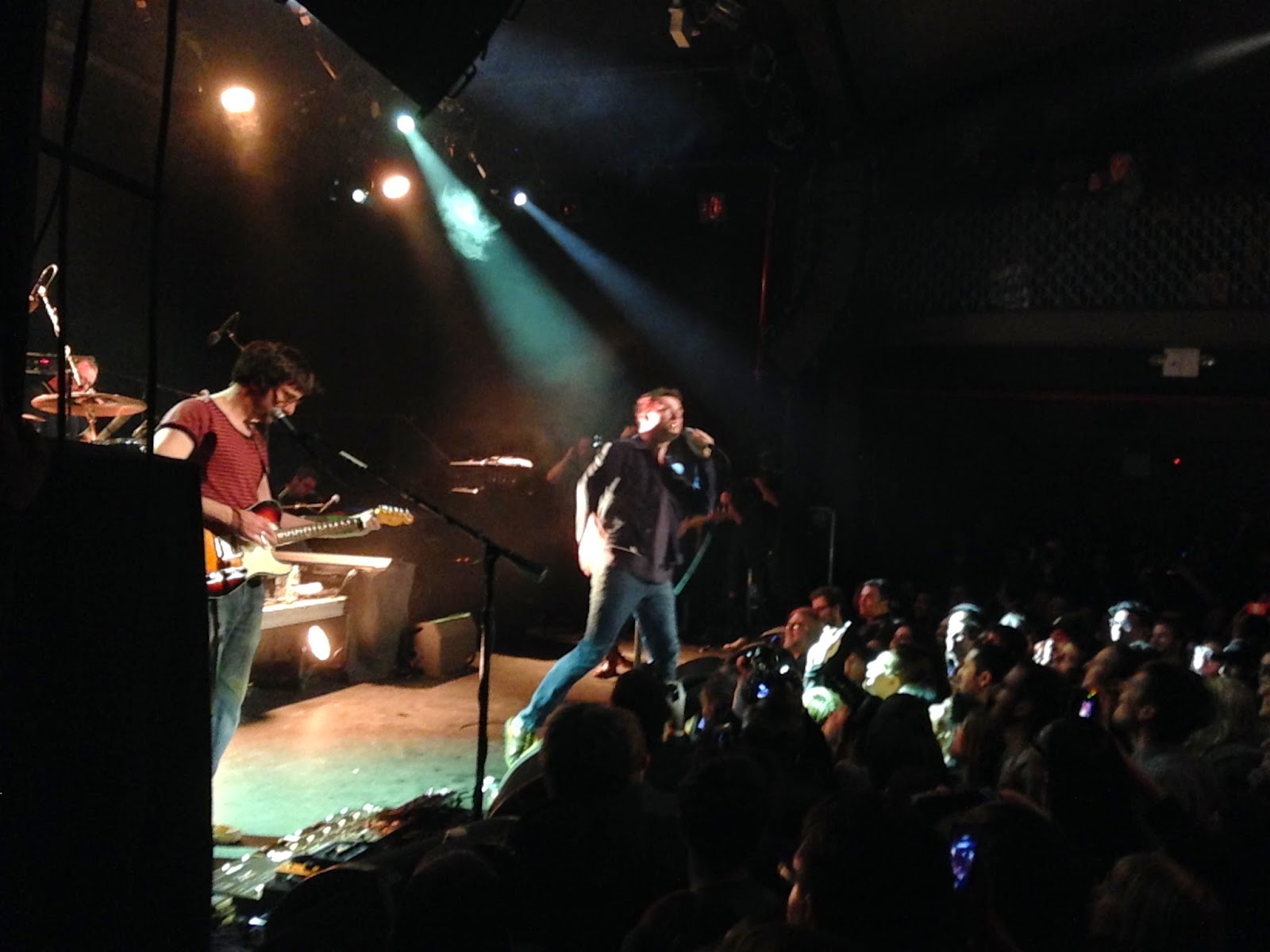 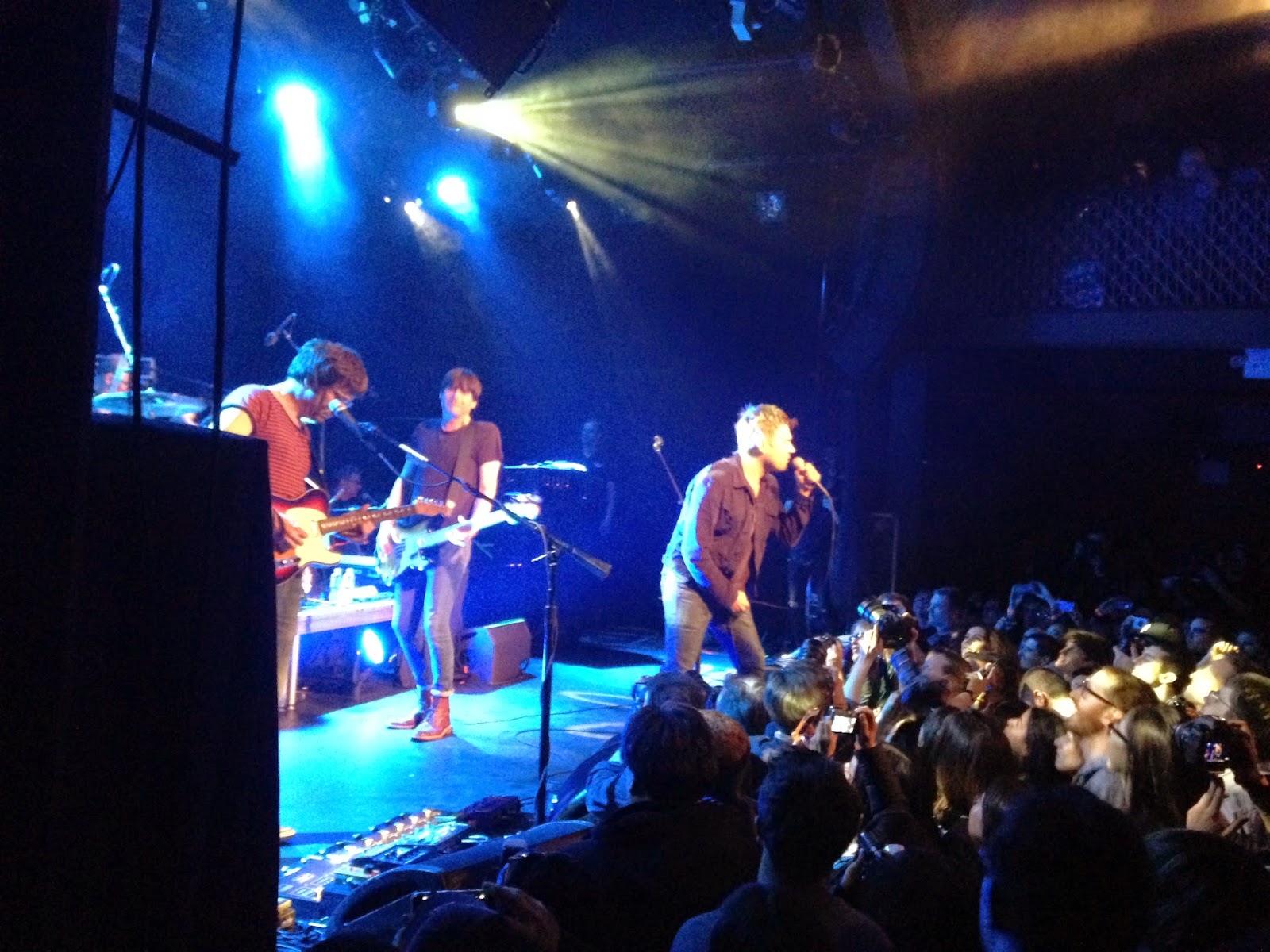 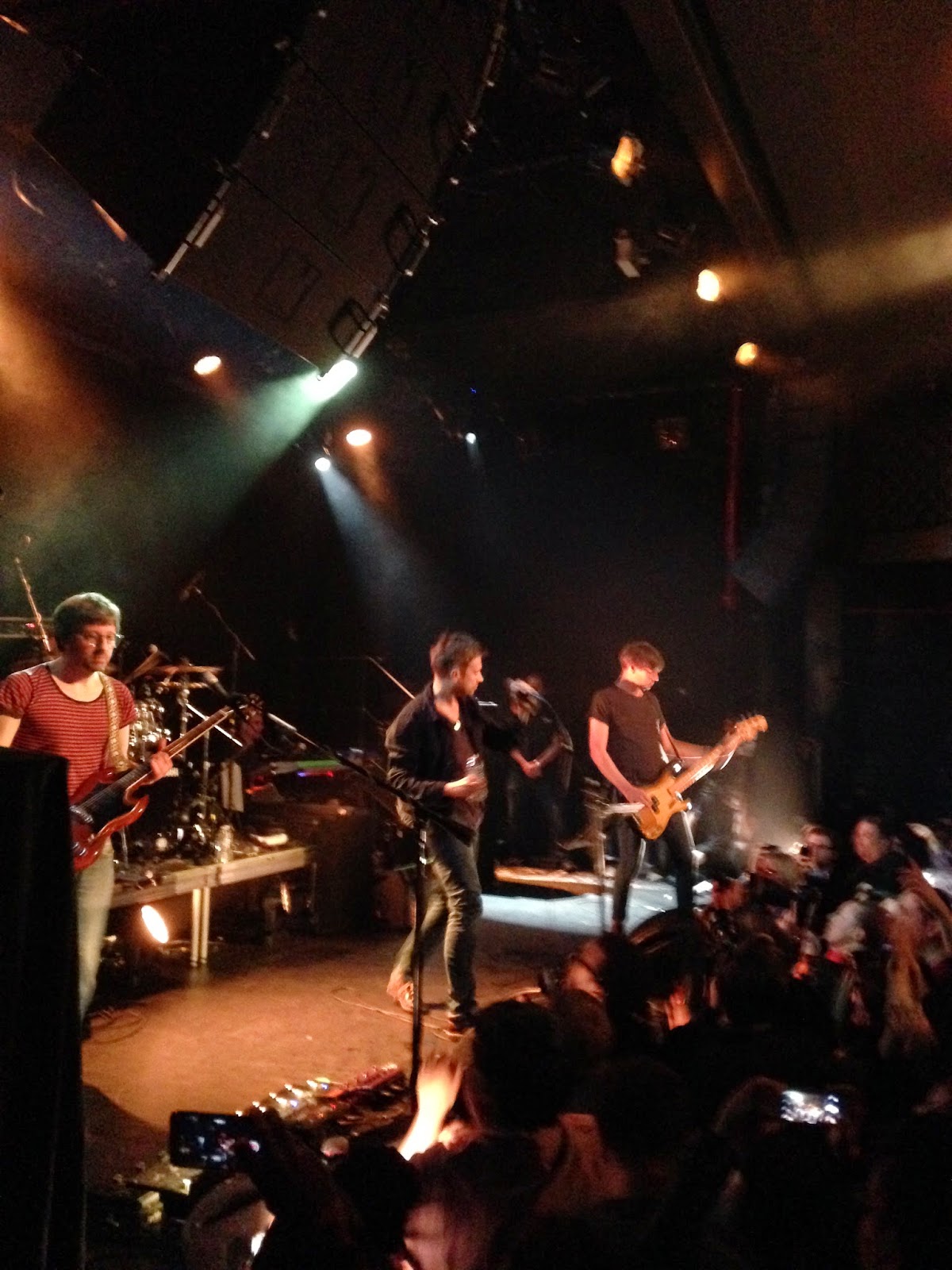 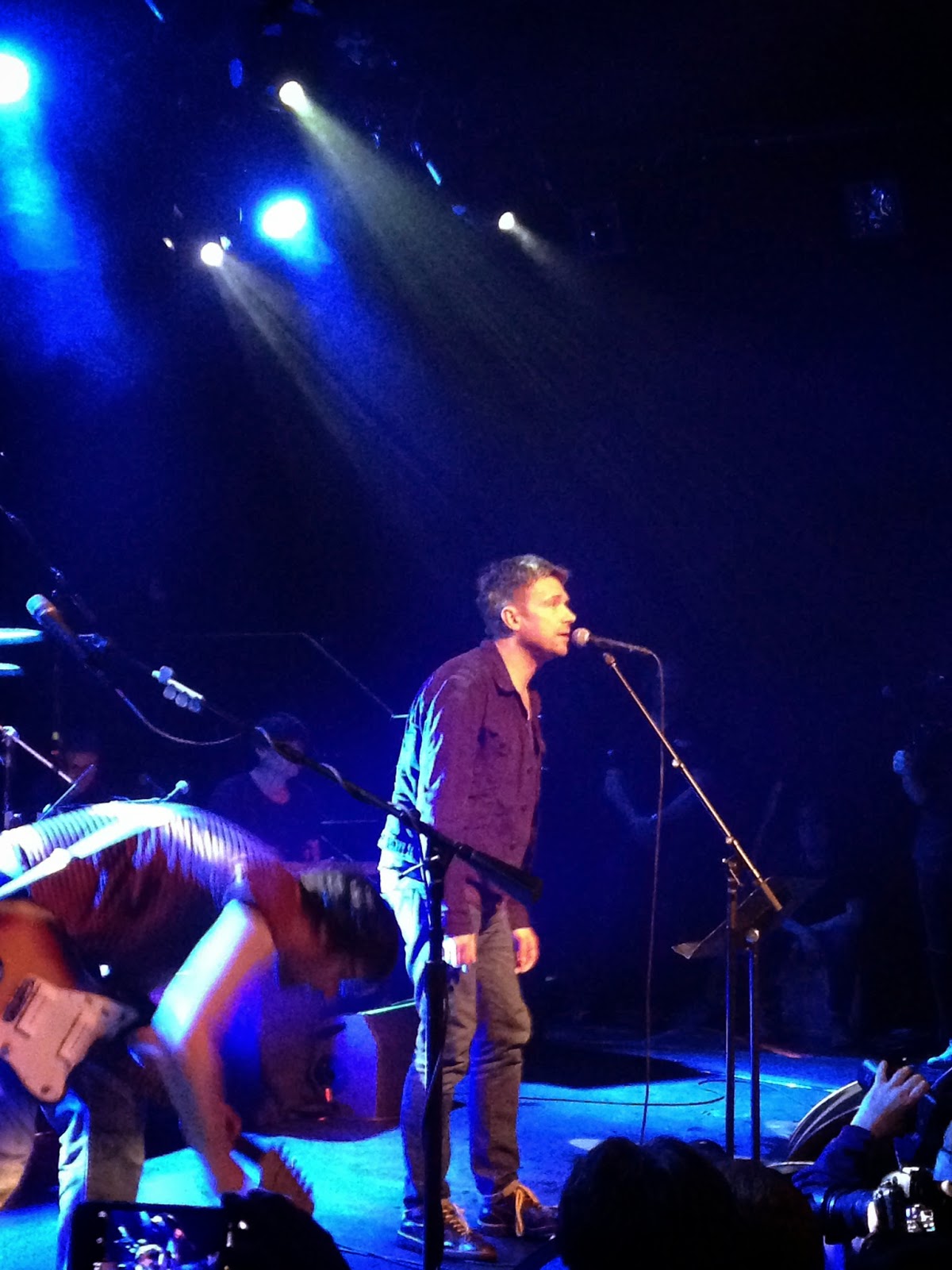 Posted by Salvatore Bono at 9:55 AM