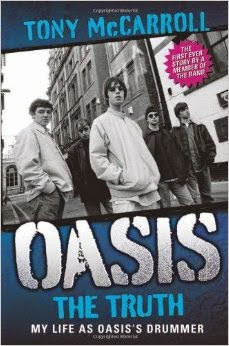 For months, rumors have swirled over if whether or not Oasis will reunite. Both Gallagher brothers have seemed to show no interest but the idea that if one of Britain's greatest bands would come back, what would it mean for the state of rock and roll and music? As time will tell if Liam and Noel are willing to bury the hatchet to come back, it is no secret that their history together was a tumultuous one. In their early days, Oasis had a revolving door of musicians but solidifying a line-up in the early 2000's, at the center of it all was always the brothers Gallagher.

In 2011, original Oasis drummer Tony McCarroll went all out in a tell-all book called Oasis: The Truth, where he gave details as to what it was like inside the early days of the fastest selling British artists heyday. McCarroll never held back on his feelings on the brothers, especially Noel, who he cites as the reason for his exit. Four years after his release of the book, the story and drama around Oasis is just as timely now as ever before.

Read Our 2011 Interview with McCarroll
Posted by Salvatore Bono at 9:17 AM