Minnesota trio RadKey are currently in England working on their debut album. The band of brothers hope to have it out by the end of the year.

Air will reissue their soundtrack to The Virgin Suicides next month and will feature the original Album, rare outtakes, and unreleased live performances, as part of the record's 15th anniversary.

Speaking to NME, Brandon Flowers confirmed that The Killers will eventually record a new record to make up for their 2012 flop, Battle Born. Flowers said the record "wasn't good enough" and "we all know it. Once [the band] all get on the same page, it'll work," Flowers said, before joking, "I need to persuade them to like the same things as I do."

Slipknot guitarist Jim Root told the Des Moines Register that he has begun writing songs for the band's next record. He said, "We're at a point in our career where the band is at the top of its game. If we take two years or however long, who knows if we could come back? Someone might decide they want to direct or write or other bands' projects might take priority. I plan for the best and expect the worst. I started writing again. Hopefully the new songs will be on a new Slipknot record. If not, I'll find something else to do with them."

Four Tet will release his new album Morning / Evening in July. The record will contain two songs, "Morning" and "Evening" but of which are about 20 minutes each.

Ron Howard's untitled Beatles documentary on their touring years will be sold later this month at the Cannes Film Festival.

Someone Still Loves You Boris Yeltsin will release their new album, The High Country, next month. Take a look at the cover, below: 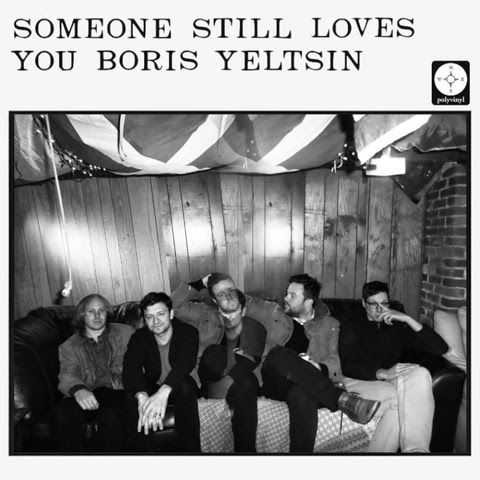 Posted by Salvatore Bono at 3:55 PM