Ian Curtis' Manchester home, which he took his own life, has been purchased by a fan and will be turned into a museum.

Sad news to report, Ross Dawson drummer of Late of the Pier has died in a very sudden and tragic accident the band's former label, Parlophone, has confirmed. The band has been broken up since 2010, and former members have yet to comment on the passing.

Vampire Weekend's Ezra Koenig has confirmed that the band are gearing up to begin work on their fourth album. No date as to when they will begin working on the record or when it will be released.

Speaking to VLAD TV, Ghostface Killah gave a hilarious interview when he discussed the first time he heard Action Bronson. He said, "I thought he was me.I'm asking myself, 'When the fuck I do that verse?'" Since Bronsolino has arrived on the scene he has often been mistaken for Ghost on record.

Marvel really loves Run The Jewels, then again, who doesn't?! The hip-hop duo will be honored with their third comic-inspired cover for an upcoming Deadpool issue. Take a look at the cover below: 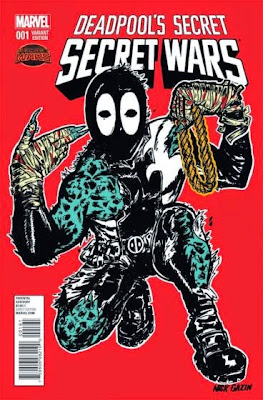 Posted by Salvatore Bono at 7:31 PM