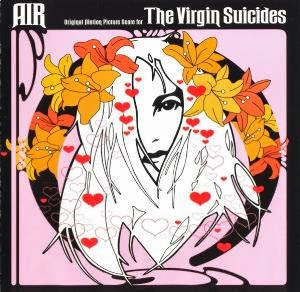 Next month, Air will reissue their score and soundtrack to Sofia Coppola's 1999 film, The Virgin Suicides. The film, which is a period piece about the loss of childhood innocence was a breakthrough for them after their 1998 debut, Moon Safari, began to help them crack into the American and international indie music scene. The Virgin Suicides soundtrack was released separate from the film and put out in early 2000.

Now, 15 years later, the album still echoes a sentiment in listeners it did when it arrived. Songs like "Playground of Love," which featured a then unknown Thomas Mars of Phoenix (who would later marry Coppola in the mid 2000's), and "Highschool Lover." It is a soundtrack like Prince's Purple Rain, that stands on it's own as an album within the band's catalog.
Posted by Salvatore Bono at 9:31 AM