U2 are mourning the sudden loss of tour manager Dennis Sheehan who passed away in a L.A. hotel room earlier this week. The band posted their words of sympathy on their website saying, "U2 is a kind of family. U2 is a brotherhood. Although there are a lot of sisters in it now that I think about it. The extended family are everything to us, We look after each other. Last night we lost a member of our family." Bono wrote, "We've lost a family member, we're still taking it in. He wasn't just a legend in the music business, he was a legend in our band. He is irreplaceable."

Justin Young of The Vaccines talked to NME about the issues he was facing when making their latest, English Graffiti. He said, "I definitely have had numerous breakdowns this year. I guess the record really allowed me to say everything I wanted to say, and once we'd finished the record I really felt I'd lost a bit of purpose and direction and felt like a very vulnerable body floating in a big, scary ocean."

While Foals are hard at work on their new record, singer Yannis Philippakis spoke to Q magazine about their new LP and the recording. He said, "We felt that the spread on 'Holy Fire' was good but on this we wanted to push it out even further, so the extremes were further apart. The heavier songs are heavier, the poppy songs are poppier and weirder." No release date has been set.

Are Odd Future done? It seems that way after Tyler, The Creator tweeted:

damn going threw the old golf wang photos shit. i miss my friends alot. 5 years later isnt that long but wow soooo much has happened
— Tyler, The Creator (@fucktyler) May 28, 2015

It seemed that the hip-hop collective was done and drifting apart. Tyler, then clarified his comments, sorta, tweeting:

ALL I WAS DOING WAS LOOKING AT OLD PHOTOS WITH FRIENDS AND THINKING ABOUT HOW TIME FLIES, CRAZY HOW ONE TWEET CAN STIR SO MUCH
— Tyler, The Creator (@fucktyler) May 28, 2015

MSMR have announced that their new album, How Does It Feel, will arrive in July. Take a look at the cover, below: 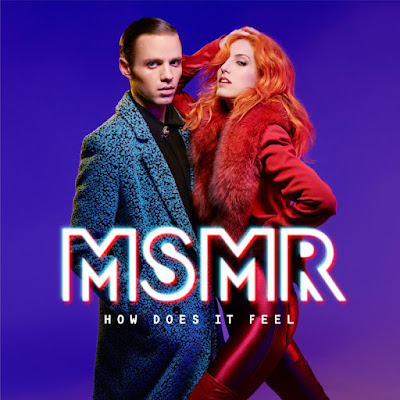