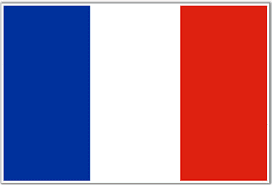 As summer approaches and many begin to do tours of wineries and vineyards to spend the day, we look to the land of some of the finest wines for our third Cultural Mixtape -- France.

We began this series in January with The South African Mixtape and then added The Italian Mixtape to give readers a musical perspective on what is happening around the globe that may not be mainstream here in America but that features artist that are a big deal in their native land.

France, who is home to a World Cup winning soccer team and one of the most expensive and well paid clubs on the planet -- Paris St. Germain, has had a major impact on modern music for the last 20 years thanks to artists like Daft Punk, Phoenix, Air, Busy P, Justice, M83, and Dimitri From Paris. While those artists are featured on this mixtape, it is others like Herman Dune, Telephone, The Do, La Famme, Yelle, and Kavinsky that are putting their counties music over the edge.

Posted by Salvatore Bono at 7:05 AM