Speaking to Matt Pinfield on his podcast, 2 Hours with Matt Pinfield, Queens of the Stone Age guitarist Troy Van Leeuwen confirmed the band will enter the studio later this year to record the follow-up to 2012's brilliant, ...Like Clockwork. He said: "We’ve already started talking about what we’re gonna do next for the next Queens record. There’s tons of ideas that are bouncing around … We’re going to do something before the end of the year, as far as recording goes. We’re excited to get back together to follow-up …Like Clockwork, which was a really, really big record for us, personally. It was a big record for us ’cause it was the hardest record to make. And we’re trying to not do that again. We just want to keep things simpler and try that, I guess.”

MIA will release her new album, AIM, in September and the rapper has confirmed that it will be her final record.

Murs will attempt to rap for 24 hours and get into the Guinness Book of World Records with his day-long freestyle. The rapper will perform the task in September at an L.A. concert. He recently spoke to HipHopDX about the challenge: "I'm like we can do a 24-hour rap and started suggesting people for it. The more I talked, the more it seemed like something I could do…But this will be live streamed for all 24 hours. People can go to bed, wake up and make sure I’m still rapping. Whenever you want to tune in, I’ll be there for 24 hours. The more I talk about this now, the more I think about ‘what did I get myself into.'”

Circa Survive / Saosin frontman Anthony Green will release his new solo album, Pixie Queen, in September. Take a look at the cover, below: 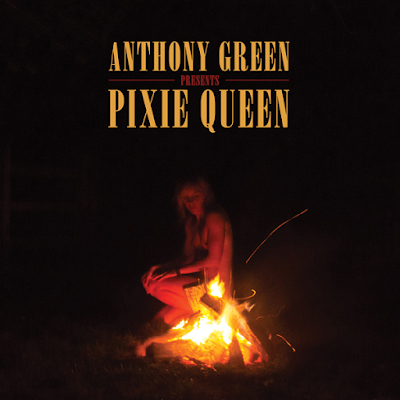 Posted by Salvatore Bono at 1:52 PM