Sting will release his new album, 57th & 9th, in October.

Pink Floyd will release their massive 27-disc box set, The Early Years 1965 – 1972, in November. It will contain unreleased outtakes and demos, TV appearances, seven hours of concert recordings, concert films, interviews and three feature film documentaries on the iconic band. It will also contain 20 unreleased songs that have never been heard by the public.

Speaking to NME, Paul Banks of Interpol and RZA of Wu-Tang discussed their collab Banks & Steelz which arrives later this year. On the record, the unlikely duo team up with Florence Welch and Banks talked about how that appearance happened. Interpol was on tour last year and our final show was in Ireland," he said. "And as I got off stage, she approached me… and she was super-sweet and friendly. So we talked and exchanged information, and then I kind of circled back to her." He added that working with her for Banks & Steelz "went smoothly" and she "fucking killed it" on the track she appears on.

Along with his autobiography, Bruce Springsteen will release a companion album, Chapter & Verse, in September. The record will feature 18 songs that correspond with the book. Take a look at the cover, below: 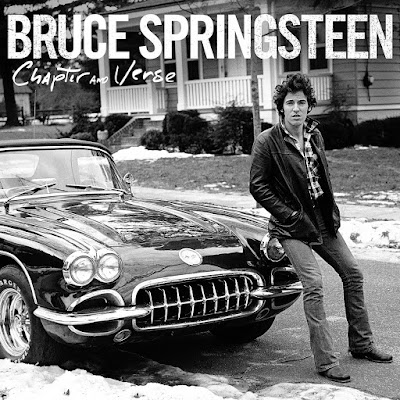 Posted by Salvatore Bono at 8:03 AM