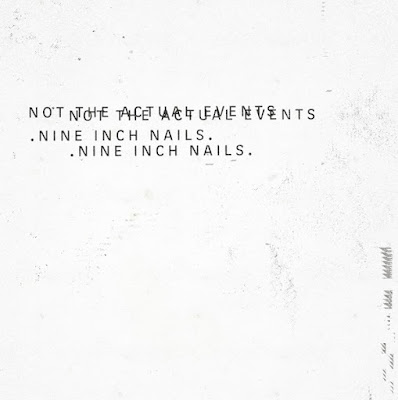 Nine Inch Nails have announced that they will release a new EP next week called Not The Actual Events. The record was made solely by Trent Reznor and his musical partner Atticus Ross, who is now a full-time NIN member. In a press release, Reznor said: "It’s an unfriendly, fairly impenetrable record that we needed to make. It’s an EP because that ended up being the proper length to tell that story.” Take a look at the cover, above.

New York indie rockers Chairlift are calling it quits. The band will play their final gigs in spring 2017.

Earlier in the year, Lord of the Rings actor Dominic Monaghn stated that David Bowie auditioned for the role of Gandolf in the triology but turned it down. Now, casting director Amy Hubbard told Huffington Post: "He was unavailable. We approached him. I’m pretty sure it was Peter Jackson’s idea in the first few weeks that we got going. It was one that he’d always wondered about, and we rang Chris [Andrews, Bowie’s agent], and [Bowie] was far too busy.”

After remaining dormant for a few years, Australian drum and bass monsters Pendulum took to Facebook Friday to tease that something is brewing for next year.
Posted by Salvatore Bono at 10:03 AM