In March, our favorite husband and wife duo, Tennis will release their fourth album, Yours Conditionally.

In an interview with The Fader, Dej Loaf confirmed that her debut album, Liberated, will be released next year. The album is "90 percent" finished.

M83 mastermind Antony Gonzalez has been tapped to be the composure and musical director of Cirque Du Soleil's new show Volta. In a press release, he said: "I was immediately excited about the idea of working with Cirque du Soleil. Not just because they are a company known throughout the world, but also because I was deeply attracted by the story of VOLTA, and the spirit that underpins the show. The story of VOLTA is ours. It is a tale of a generation who is calling for change and I was very keen to contribute to telling this story. I'm deeply honored to be part of the Cirque team and it’s a wonderful new challenge in unknown territory for me. Ultimately, it’s challenges like this that I find so inspiring and drive me to make the music that I do.”

Thievery Corporation will release their new album, The Temple of I & I, in February. The album is said to be heavily influenced with Jamaican styles and ideas. Take a look at the cover, below: 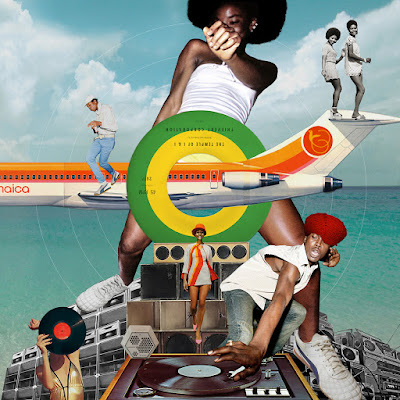