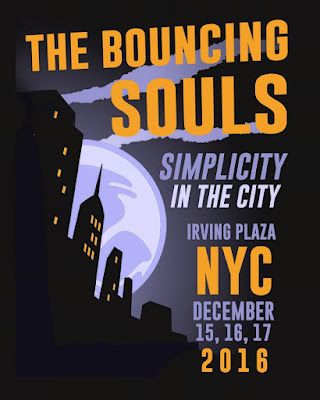 The annual "Home of the Holidays" series of concerts of New Jersey's Bouncing Souls switched from the Garden State to the Big Apple for the first time as the band had a string of packed dates inside Irving Plaza.

Read Our July Interview with The Bouncing Souls

On Friday night, the second of the three-night run, the punk legends came to craft a warm atmosphere for fans who braved the brutal cold to enjoy their favorite band. The band took their current Simplicity tour to New York and renamed it "Simplicity in the City" for the special run, even allowing fans to pick the setlists for the three nights. For night two, it was classics, new material and deep cuts that had all souls inside bouncing off the walls. 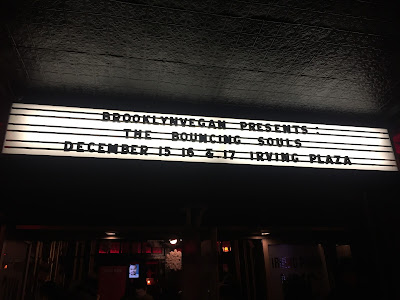 As the crowd chanted: "Ole! Ole! Ole!," the band arrived on stage around 10 p.m., and it was as if a whip cracked and pure pandemonium erupted as circle pits including one with a Santa Claus, crowd surfers and cups of beer were hurled across the venue.  The Jersey DIY punks were greeted with a heroes welcome as the rambunctious audience was ready to shake off the cold, the work week and welcome the weekend. 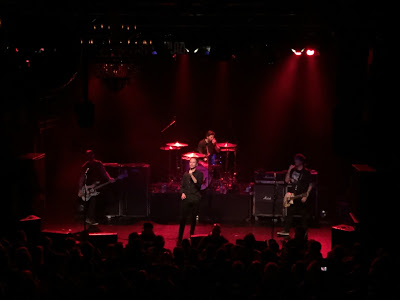 As the band sounded tight, the mix for singer Greg Attonito's vocals were very low, making it hard to hear him sing, however, the crowd made up for it as they screamed the words back. The band's cult-like fan base were getting an early Christmas gift as they lapped up every second of what the Souls were giving. Songs like "Ghosts on the Boardwalk," "The Ballad of Johnny X," "Lean on Sheena," "Hopeless Romantic," "Anchors Aweigh," "Gone," turned Irving Plaza into CBGB's. The closing song, "True Believers," saw Attonito jump into the crowd and hardly sing as the room became so loud with the crowd chanting the words back in unison. 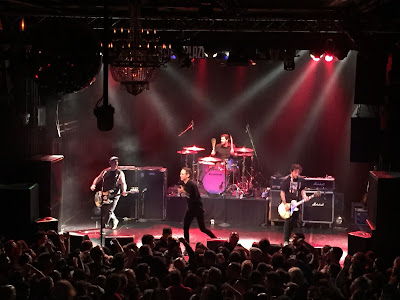 Throughout the night, almost all members of the Souls thanked the audience for coming out and supporting them through the years. However, the most poignant moment came with Attonito preached for love, kindness, and respect in the time of Trump. The band, who famously sold "Not My President Shirts" during George W. Bush's reign, seem to be back questioning and peacefully protesting the hate rhetoric of the upcoming government.

For nearly 90 minutes, the band plowed through 26 songs and gave the fans what they wanted -- energy, passion, and a chance to sing along forever. 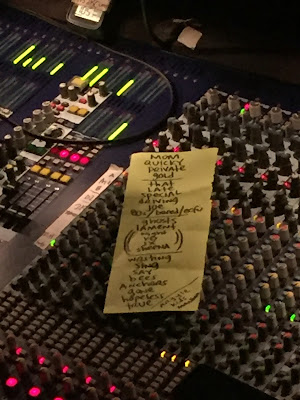