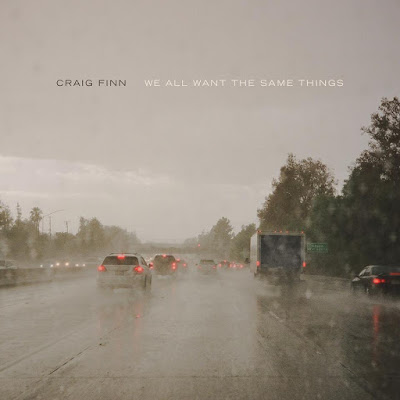 In March, Hold Steady frontman Craig Finn will release his third solo album, We All Want the Same Things. Take a look at the cover, above.

In a magazine clip posted to their Facebook page, Andy Bell spoke about Ride's upcoming album which will be due in the summer. He said the record will sound: "At times, it's quite trash and poppy and other times it's quite ambient psychedelic. It's equal parts Motörhead and William Basinski. Aggressive ambience!" He added that the band linked up earlier this year following their 2015 reunion gigs to see if they could work together on music again for the first time in 20 years. He said: "We made it out in the country. We recorded it in 17 days, in a studio called The Vale. We went to hang out there when we announced the reunion, in 2014 We hadn't picked up instruments together for 20 years so our way of celebrating the fact that we were going to get back together was to go down to this studio miles from anywhere, plug in and see if it works."

Beck's new album, which was supposed to arrive this summer then was pushed to November and never arrived will come out in 2017. In an interview with KROQ he said "we just finished it" and it is "forthcoming... very soon."

Yoko Ono has been cast in Wes Anderson's forthcoming animated film  Isle of Dogs, which is slated to arrive next year.

Royal Blood posted on Twitter that fans should be on the lookout for something from the British duo next year, everyone hopes it is a new record.

Posted by Salvatore Bono at 6:57 PM