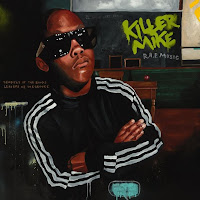 Killer Mike – R.A.P. Music
Killer Mike returns with one of the years best hip-hop records and the finest album of his career. Linking up with El-P, Mike finds himself bringing back old school early 90’s delivery for an emcee and takes on everything from politicians to the war on drugs to rappers trying to make a name for themselves today. R.A.P. Music serves as a blueprint to any aspiring rapper or emcee as to how it should be done in today’s game.
FINAL GRADE: A 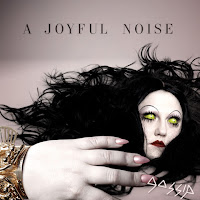 Gossip – Joyful Noise
Beth Ditto and Co. return for more dance, glam, and party starting anthems. Joyful Noise picks up where the band’s last record, Music for Men, left off and hears the Pacific Northwest band sustain the energy and inner beauty within their music.
FINAL GRADE: A 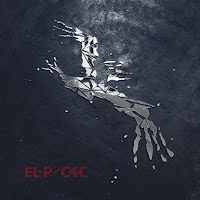 El-P – Cancer 4 Cure
The Company Flow emcee brings hypnotic beats, his brilliant lyric skills and a sure fire fight to anyone who believes that the hip-hop genre is just about parties, money, and women. Cancer 4 Cure is a sucker punch delivery of El-P at his finest, a brutally intense and brilliant record, El-P is back and better than ever.
FINAL GRADE: A 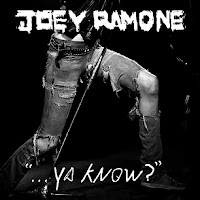 Joey Ramone - ….Ya Know
The second posthumous release from the former Ramones front man is a nostalgic trip to the past. One of the greatest front men of all time is collected and remembered again on a new album of restored songs and demos overlooked by his estate.
FINAL GRADE: A- 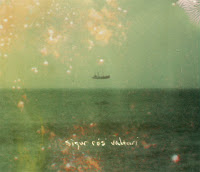 Sigur Ros – Valtari
The Icelandic favorites return for their new album, Valtari and let nature tell its story. Valtari is a very mellow release from Sigur Ros and inspired by the awe-inspiring landscape around them in Iceland, the band gave it all a soundtrack. Valtari may not be the strongest release in the band’s immense catalogue, but it surely is one of the finest albums out this year.
FINAL GRADE: A- 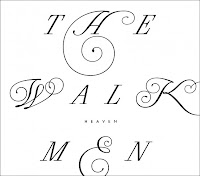 The Walkmen – Heaven
The indie rockers return following the success and brilliance of their last record, Lisbon, The Walkmen triumphantly follows it up with Heaven. Heaven, which is a layered but bare-bones record for the band that hears them dabbling into folk, country and mixing it with their signature sound.
FINAL GRADE: A- 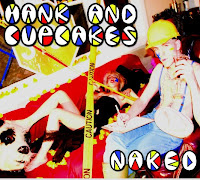 Hank and Cupcakes – Naked
The Brooklyn via Israel husband and wife duo self release their debut album, Naked, and it brings the funk, the noise and the fun. Naked captures the energy that Hank and Cupcakes deliver onstage and give an insight as to why they are one of the most talked about bands in New York City.
FINAL GRADE: B+ 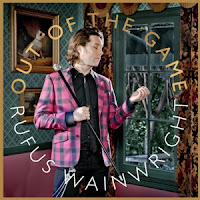 Rufus Wainwright – Out of the Game
Rufus teams up with Mark Ronson for a record that is part Wainright part Ronson but all Rufus. Out of the Game hears Wainwright catching more of a blues atmosphere and combining it with his signature symphonic style.
FINAL GRADE: B 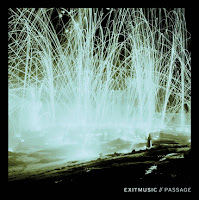 Exitmusic – Passage
The New York City duo release their debut and it is as seductive as a good lover. Passage is an intensely sexual and hypnotic album that combines the innocent playfulness of The xx and the swelling epic scales of Sigur Ros and brings forth a hell of a debut.
FINAL GRADE: B 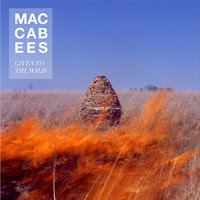 The Maccabees – Given to the Wild
The London band has caused a buzz back home with Given to the Wild, but it is not as brilliant as the British press has lead on. The Maccabees are a moody rock band that manages to combine some Britpop as well as symphonic melodies ala Coldplay into their latest but it lacks the serious punch one was expecting.
FINAL GRADE: B- 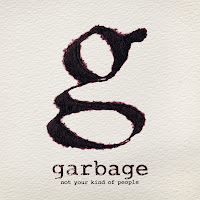 Garbage – Not Your Kind of People
The unexpected comeback from one of the 90’s most unexpected bands. Garbage never really sank nor swam when they arrived on the scene in the mid-90’s, they had it all, killer riffs, clever lyrics, amazing production and Shirley Manson fronting the band, yet they were never the biggest band in the world. Now, after a few years on hiatus, they return and it is a welcomed return but much like their initial embrace to pop culture, it is a return that is not as big as Stone Roses but not as dull as a Hootie and the Blowfish pickup. Not Your Kind of People is Garbage doing what they do best, just being themselves.
FINAL GRADE: B- 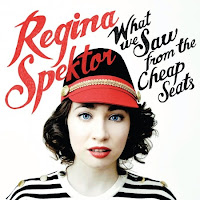 Regina Spektor – What we Saw from the Cheap Seats
The New York Russian beauty returns and it Regina being Regina. Nothing new but nothing awful about the pianists’ latest release, it is just more of her exposing her chops.
FINAL GRADE: B- 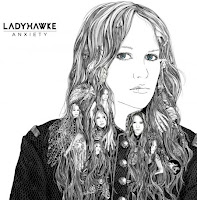 Ladyhawke – Anxiety
Ladyhawke is back and if you listen to her self-titled debut album, you heard Anxiety. What a massive disappointment to one of music’s most acclaimed and exciting artists. When Ladyhawke arrived into our hearts and ears in 2008, she was more than a breath of fresh air, she was a total DIY funky woman with tons of attitude and tons of talent. After a few years away from the limelight she returns with Anxiety, which for some odd reason, sound EXACTLY like her debut from the beats down to the song flow, it is one thing to have one form and stick to it, but this close?
FINAL GRADE: C 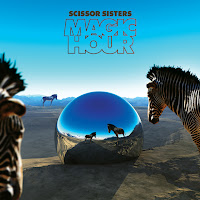 Scissor Sisters – Magic Hour
New York City’s favorite glam rockers since The New York Dolls return with album number four and despite a heavy array of electronic producers, the album is about as exciting as a Black Eyed Peas song. From producers like Calvin Harris, Diplo, the Neptunes, and Boys Noize, it was a tease that Scissor Sisters would be giving us hard hitting club beats or something that every DJ would be spinning all summer, yet, instead they create a very uninspired and dull record that is filled with sub-par disappointing songs.
FINAL GRADE: D+ 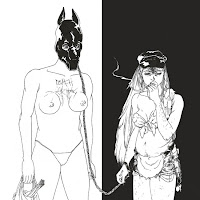 Death Grips – The Money Store
The current indie sensations release their debut and it can be filed under flavor of the month. Remember when you were a kid and had a Casino keyboard and would just loop various beats and random synth attacks and think it was cool? Well, if you didn’t, just picture a kid playing around with a keyboard and microphone for the first time and you have Death Grips. The Money Store may actually be one of the most random collections of songs ever assembled.
FINAL GRADE: D
Posted by Salvatore Bono at 4:53 PM