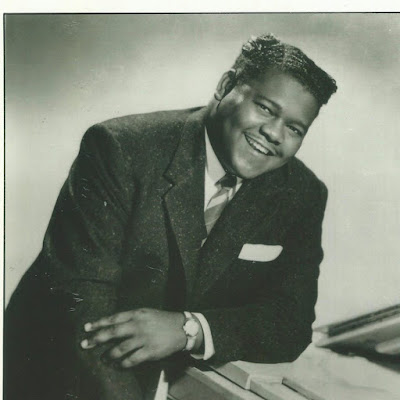 Legendary rock and roll pioneer and icon, Fats Domino, passed away Wednesday in New Orleans at 89. The musician, who was one of the first to ever be inducted into the Rock and Roll Hall of Fame in 1986, is credited for helping to usher in rock and roll to mainstream audiences in the early 1950s. His family has not released a cause of death but did put out a statement on Facebook:

A medical scare for U2's Bono is said to be a big crux of their upcoming album, Songs of Experience. In an interview with Q magazine, Bono said: "I don’t want to get too into the details of it, for fear of the melodramatic reality-TV kerfuffle. A lot of people have these moments. I’ve had a few. Not quite at this level." He continued to say how the scare helped shape the new batch of songs: "It’s just one of those moments when nothing else matters. So what do you have to say for yourself? And what do you want to say to the people that you love?" The Edge added: "It was serious enough that he genuinely had a major fright. But where that brought him to as a writer was an amazing place."

Also speaking to Q magazine was Noel Gallagher, who was asked again about a possible Oasis reunion. "I’ve been very consistent about it,” he said. “I don’t need the money, I don’t need the glory, I don’t need to relive the memories. If I was to get Oasis back together tomorrow and then do a tour, I’d have a hundred million dollars in the bank but I’d have learnt fuck all. I’d have actually wasted a year of being in the studio with a person like David Holmes. It would be the death of me as a person. I could understand if we were a band who’d been going for five years and were just at out peak, but Oasis have got no unfinished business. We did it. We fucking did it, and then some. It’s done.”

Thurston Moore is teaming up with This Heat drummer Charles Hayward, to release a collaborative album titled Improvisations, which will be out December. The record will be a vinyl-only release.
Posted by Salvatore Bono at 5:25 PM