Queens of the Stone Age concluded the American leg of their current "Villains Tour" with a swan song at the world's most famous arena Tuesday night.

While it wasn't a sell-out, fans from all over including New Zealand packed into Madison Square Garden to hear the California rockers rip through the classic, make the new songs come alive, and have the time of their lives. 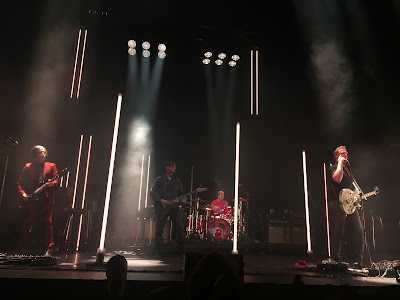 Opening with "If I Had A Tail," the setlist was heavy on 2013's ...Like Clockwork and their latest Villains, which was released in August. As the band then broke into "Monsters in Parasol," the crowd lost their collective minds and the general admission section got rowdy and rambunctious from that moment on. As the entire massive room where on their feet enjoying what the band were giving off, Queens of the Stone Age fed off of that and raised their musical bar with each song as they delievered the one-two punch of "My God Is the Sun," "Feet Don’t Fail Me," "The Way You Used to Do," "You Think I Ain’t Worth a Dollar, but I Feel Like a Millionaire," and "No One Knows." 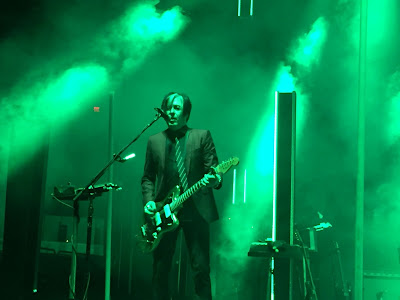 For a band that has been around for 20 years and has had a revolving door of musicians, Queens of the Stone Age continue to get stronger and the envy of groups around the world. They also are about having a great time and if anything gets in the way of that, they will make you aware, like what happened Tuesday night when a few guys started getting aggressive in the front of the GA, forcing singer Josh Homme to step in. 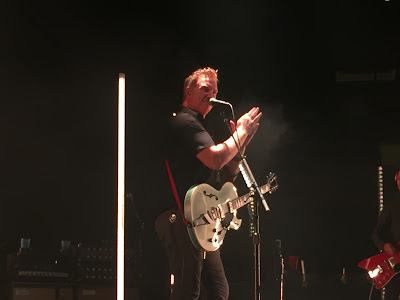 He then added: “We’re here to dance, drink, and screw, am I right?," which was met with thunderous applause by the rest of the room.

In the two hours they played, they touched on every era they were as a band including songs like "Little Sister," "Sick, Sick, Sick," "Go with the Flow," "Head Like a Haunted House," and "A Song for the Dead." Which left the audience only wanting more and many of them refusing to leave long after the show was over.

THANK YOU NYC! You were beautiful. #VillainsWorldTour pic by @neumanvision
A post shared by QOTSA (@queensofthestoneage) on Oct 25, 2017 at 11:05am PDT


Opening the show was English rock duo Royal Blood, who were astonished to be playing inside Madison Square Garden. The band, who have grown in popularity in just a few short years, played to a packed MSG, which as many who have seen gigs there will tell you, is a rare occurrence for an opener. 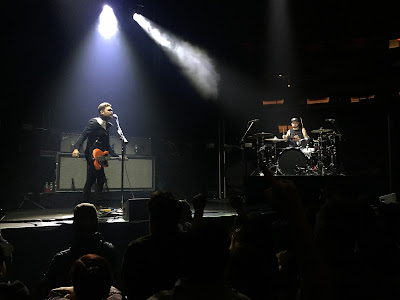 The band's dynamic sound and swagger was enough to not only entertain the fans inside but also became a chance for them to show off how comfortable they have become on stage. We have covered the band since their first show in NYC at the Marlin Room at Webster Hall back in 2015, and singer / bassist Mike Kerr is not a shell on stage anymore. He has become a true frontman, while his partner, drummer Ben Thatcher continues to be full of tricks, surprises, and comic relief behind the kit.

The duo plowed through songs off their two albums and sounded great inside a large room. Yet, the biggest thrill was watching Thatcher walk on top of the audience as they finished their hour long set. They didn't feel like an opening band but more of an act that is ready to rumble. 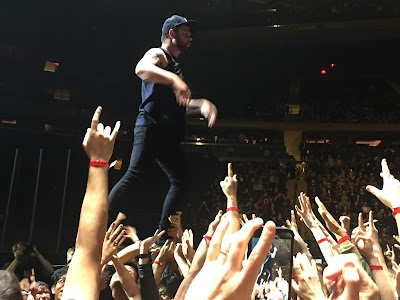