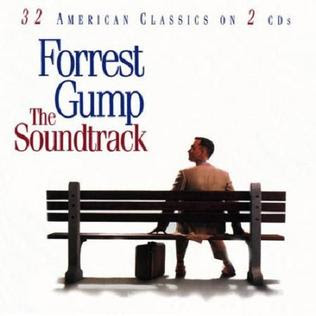 As we walked through the fictional life of Forrest Gump as he told it on a bus bench to anyone who was willing or unwilling to listen in the film, it brought back the rush of American nostalgia as he showed LBJ his ass, ran across the reflecting pool in D.C. during a Vietnam War protest, and watched Elvis on TV.

As the film captivated audiences around the country in 1994, its soundtrack of rock and soul did the same. While the film skirted the British Invasion, it didn't diminish the music that America created from the 1950s to the 1970s. With 32 classics featuring Bob Dylan, Elvis, The Mamas and the Papas, Four Tops, Aretha Franklin, The Doors, CCR, Gladys Night, among others, it showcases the rise of one of the country's greatest art forms -- music.

It documents your parents era but shows off the sound that is a timeless capsule to what shaped the soundtrack to the country.

Posted by Salvatore Bono at 5:29 PM