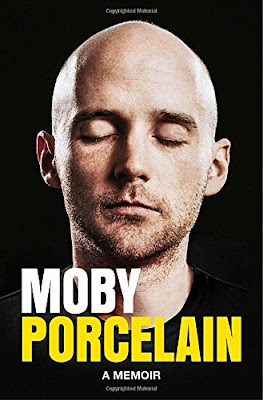 Moby has made interesting music his whole career but the story that led him to become the superstar DJ and producer we all know and some of us love is far different than one could imagine. In his 2016 autobiography, Porcelain, the musician discusses growing up in his middle class Connecticut home and falling in love with punk and hardcore music. Like Norman Cook aka Fatboy Slim, he played in a punk band before anyone would ever hear him spin. What also sparks an interest to the reader is how immersive he got into the New York City club culture of the early 1990s at venues like Limelight, Palladium, Mars, and Twilo, where he would first cut his teeth as a DJ after being inspired by those who played the venues by being the outcast. He started the decade as the person who didn't fit into the crowds of those places as a Christian and non drug user in the drug-filled underworld of hedonistic New York nightlife. He ended the decade as one of the biggest stars in the world thanks to his record, Play.

The surroundings around him helped craft the interesting and involved musician that is known today. From his outspoken political and vegan beliefs to becoming an entrepreneur. This book chronicles his rise, his passions, and story from his own perspective and ends with the belief that if you want something bad enough, go out and get it.
Posted by Salvatore Bono at 5:16 PM