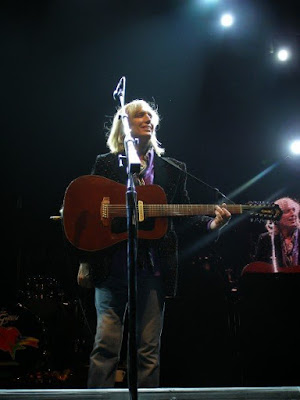 It has taken us a few days to process the news that Tom Petty has left us.

The news on Monday was a roller coaster of emotions as it was first announced he was dead late in the afternoon here on the East Coast where we are based. Then, an hour later, it was retracted and the singer was still alive. As the day turned into night and the news eventually arrived that he did pass on, it still didn't seam real.

Petty is as about as American as apple pie and Fourth of July fireworks. He represented the best in us and wasn't afraid to call out the worst in us. That is what made him so special. His songs spoke to everyone of every color, creed, and religion, it is what made him a legend. 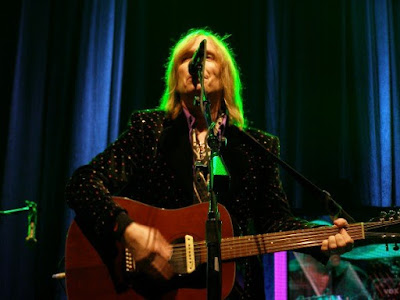 He was born in Gainesville, Florida, on October 20, 1950. At 17, he dropped out of high school to pursue music with his band Mudcrutch. The band lasted five years before splitting in 1975. Petty then went on to front Tom Petty and the Heartbreakers. They band released their self-titled debut album in 1976 that featured the hit singles “Breakdown” and “American Girl.”

In 1988, after receiving critical and fan acclaim, Petty joined the rock and roll supergroup The Traveling Wilburys, which featured George Harrison, Bob Dylan, Roy Orbison and Jeff Lynne. In 1989, he released his solo debut, Full Moon Fever, and followed it up with the three-time platinum and critically acclaimed, Wildflower in 1994, where it earned him the Grammy for "Best Rock Album."

The 2002 Rock and Roll Hall of Fame inductee recently wrapped a three night stay at the Hollywood Bowl in Los Angeles as part of his 40th anniversary making music with The Heartbreakers. They would go on to become his final shows.

In 2006, just as this site was becoming a thought, I was sent to photograph Petty at the Amsterjam festival in New York City for a Long Island music newspaper where he played alongside Foo Fighters, Busta Rhymes, LL Cool J, and Q-Tip. Petty and the Heartbreakers were the headliners and generally the photographers get 3-4 songs in the photo pit before being asked to leave and they get filtered into the crowd. Petty allowed all of us to stay in the pit for the duration of the whole performance, an astounding 3 hour set which featured all of the hits and cuts off Highway Companion, the record he released that year. I was perched right in front of his mic and everyone once in awhile, he would kneel down, smile, ask me how he was doing as he got a drink of water. I would smile, give a thumbs up, and look like a dumbass, simply because I couldn't believe what was happening. His set featured him and his former drummer, Dave Grohl, join the Heartbreakers as they did a handful of tunes together during the encore. Both Grohl and Petty looked like they weren't just in awe of each other but more of a father and son that had an opportunity to jam out. It is a memory I will never forget.

In this article are some of the photos of that night. For me, it was a night I will never forget. For Petty, it was another day in the office, that is what he did with his music -- make people remember and realize. 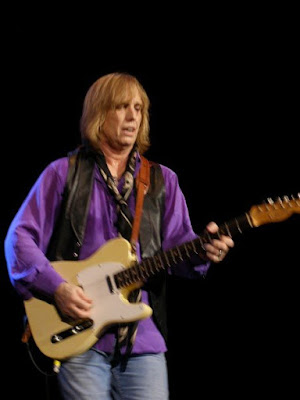 Posted by Salvatore Bono at 5:38 PM