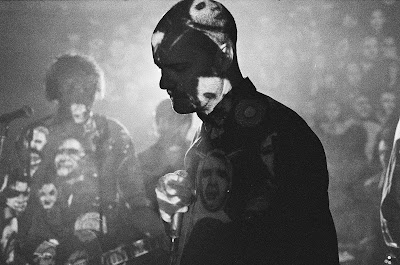 Canadian singer Gord Downie passed away after a battle with brain cancer at 53.

The Tragically Hip frontman was diagnosed with the disease last year and culminated with the band having their final gig in August 2016.

The band released a statement Wednesday morning saying that Downie was with his “beloved children and family close by” as he passed.
“Gord knew this day was coming — his response was to spend this precious time as he always had — making music, making memories and expressing deep gratitude to his family and friends for a life well lived, often sealing it with a kiss… on the lips,” the statement continued.


Downie had been appointed to the Order of Canada in June of 2017 for his advocacy for First Nations, the name for Canada's aboriginal people. During his 33-year-long career, Downie won 16 Juno Awards, Canada's equivalent to the Grammy, with The Tragically Hip. In 2005, they were inducted into the Canadian Music Hall of Fame.

He is survived by his wife, Laura Leigh Usher, and their four children.

Downie was set to release his final album as a solo artist titled Introduce Yourself, which was to be available on October 27. The record, produced by Broken Social Scene's Kevin Drew, will feature 23 songs that are all about special people in Downie's life and were all recorded in one take.

As news of his passing went around his country, Canadian Prime Minister Justin Trudeau tried to fight tears discussing the legacy Downie will leave behind on the nation.

“We are less as a country without Gord Downie in it," said a visibly emotional @JustinTrudeau today https://t.co/Tuxg7KJiyU pic.twitter.com/b1zz467H5d
— CBC Politics (@CBCPolitics) October 18, 2017