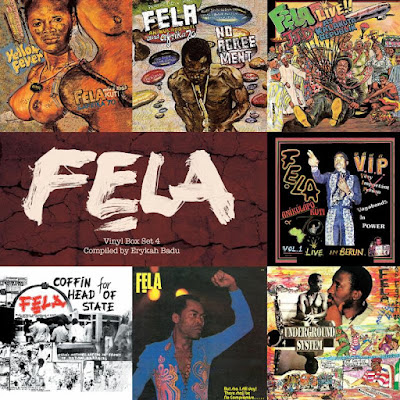 Erykah Badu has curated a Fela Kuti box set which will be out in December. Badu's selection includes her "favorite Fela Piece of all times," 1980's Coffin For Head of State, alongside Yellow Fever (1976), No Agreement (1977), J.J.D. (Johnny Just Drop) (1977), V.I.P. (1979), Army Arrangement (1984), and Underground System (1992). Says Badu, "Fela Kuti is a Fucking Genius. Please listen to these tracks, preferably with a nice blunt.. with a nice slow burn." Three other box sets have been previously released and were curated by Questlove, Ginger Baker, and Brian Eno. Take a look at the cover, above.

Richard Hell & The Voidoids will reissue their seminal album, Blank Generation, for a 40th anniversary edition next month. The new edition features the remastered album and includes a second disc, with previously unreleased, alternate studio versions, out-of-print singles, and rare bootleg live tracks from the band's first appearance in 1976 at CBGB. The booklet also contains many previously unpublished photos of the band by Roberta Bayley, a revealing essay by Hell along with compelling images from his notebooks and private papers, and an extensive new interview with Ivan Julian by Hell.

Fischerspooner will release their new album, SIR, their first in 9 years, in February. 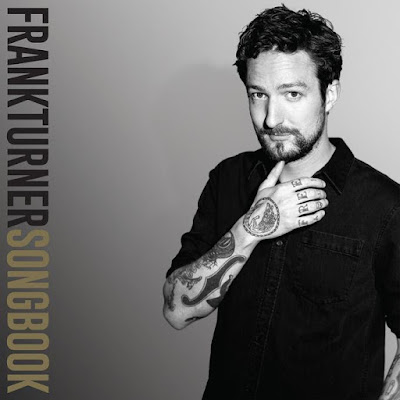 Frank Turner will release a career retrospective album, Songbook, next month. Take a look at the cover, above.

Sia will release a Christmas album, Everyday is Christmas, next month. She posted the news on Instagram Monday and shared the cover and trackisting. Take a look.

'Tis the season! Sia's album 'Everyday Is Christmas' will be here on November 17th, just in time to make your holidays brighter. Pre-order the album beginning October 30th and prepare yourself for more fun goodies along the way! ❄️🎀 - Team Sia
A post shared by SIA (@siamusic) on Oct 16, 2017 at 7:05am PDT

Posted by Salvatore Bono at 6:02 PM