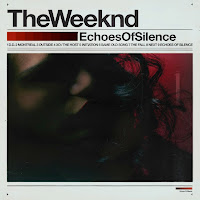 The Weeknd – Echoes of Silence
The third and final mixtape to The Weeknd’s mixtape trilogy, which started earlier in 2011 with House of Balloons then continued onto Thursday and concluding with Echoes of Silence. The final installment is the best work of the trilogy, not discounting how great the others were, Echoes of Silence is a tighter sounding and much more conscious record, an “end of the night,” sounding record that will have you trying to recount the epic tales of your wild night.
FINAL GRADE: A 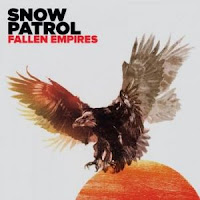 Northern Ireland’s biggest band returns with a fantastic follow-up to their brilliant and underrated 2007 release, A Hundred Million Suns. Since reaching acclaim in 2004 with their universally acclaimed, Final Straw, Snow Patrol then became one of the biggest bands in the world thanks to the massive single, “Chasing Cars” off the rather disappointing 2006 release, Eyes Open. Since then, the bandhas tried to not sound commercial and stick to their roots but have matured in every sonic way possible.Linking up with producer Jacknife Lee (REM, Bloc Party, Editors), Snow Patrol have layered their sound and taken inspiration in front all around the world, the result is Fallen Empires. Released this past November in the UK and Europe, finally seeing the light of day in North America, Snow Patrol prove again why they are one of the kings of their craft. The band utilizes sound the way Picasso utilized his paintbrush and spread a hefty amount of color into our atmosphere. Fallen Empires is a must listen, even if you are not a fan of the band.
FINAL GRADE: A- 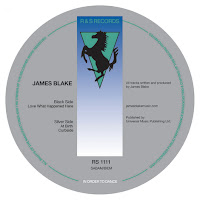 James Blake – Love What Happened Here EP
James Blake’s second EP in just a handful of months finds the dubstep / soul singer dabbeling more in beats and sounds rather than tossing his signature vulnerable and brilliant vocals over the tunes. A three song EP of experimental music that will move Blake into the next phase of his career.
FINAL GRADE: B+ 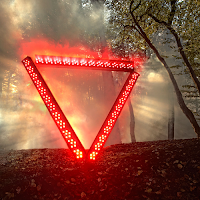 Enter Shakari – A Flash Flood of Colour
On the latest record from the British nu-metal / rap-rock band, Enter Shakari went to Thailand to pick up new inspiration and vibes and A Flash Flood of Colour seems to be their best work to date. A much more intense and technical sounding record and it finds the band deviating from the British version of Linkin Park or Pendulum sound they have ridden on over the years. A Flash Flood of Colour, which was released in the UK last September and now finally getting a US release is a worthwhile listen that will get you motivated to cause a raucous in your own home.
FINAL GRADE: B+

Howler– America, Give Up 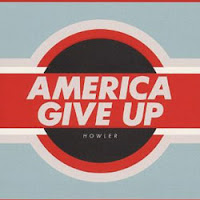 Minnesota’s garage rock buzz band and one of the bands that we tipped to be a “15 Artists to Watch in 2012,” Howler are what their name says – a band howling full of fuzzy guitars, pounding drums and balls-to-the-wall rock and roll. This is a band not to sleep on and America, Give Up is a record to embrace.
FINAL GRADE: B+

The Big Pink – Future This 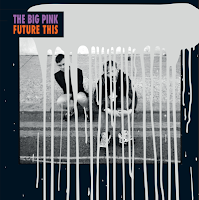 The British dance-rock duo returns and is just as poppy as ever. Following up the worldwide success they had with their 2009 debut, A Brief History of Love, The Big Pink have immersed themselves in various styles of both dance music and rock and roll and created a great hybrid of both.
FINAL GRADE: B 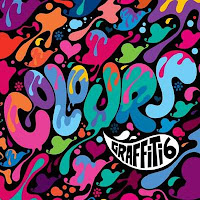 The debut of Tommy D and Jamie Scott’s brainchild, Colours is a record that will have so many people talking in 2012. Scott, who is not afraid to wear his heart on his sleeve, writes about love that has gone wrong and the situations and people that have come across his life that have made him take note for what they have done to inspire him. The perfect blend of radio-friendly rock and pop, Graffiti6 will embrace the ears of their beholders.
FINAL GRADE: B 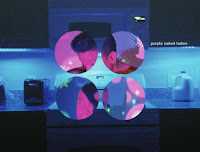 The Internet – Purple Naked Ladies
The debut of Odd Future members, Syd the Kid and Matt Martians aka The Internet, displays a cornucopia of trip-hop induced electronica mixed with the vulgarity and humor we have gotten from Odd Future since day one. Purple Naked Ladies is a fine crafted album full of various beats and styles and featuring guest appearances from Left Brain, Mike G, Pyramid Vritra (Hal Williams), Tay Walker, Kilo Kish, and Coco O, The Internet, like fellow Odd Future member Frank Ocean, look to break away from the pack but still count on support.
FINAL GRADE: B

Black Taxi – We Don’t Know Any Better
New York’s Black Taxi returns with their sophomore release and do not fall victim to the “sophomore slump” at all. The straight up rock and roll band from Brooklyn go gun-ho on album number two, working with again with producer Aaron Nevezie (Black Keys, Danger Mouse, Ambulance LTD) and respond with a solid rock effort.
FINAL GRADE: B- 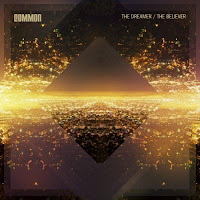 Common – The Dreamer, The Believer
Common returns with a new record that is easily forgettable. After releasing the fantastic single, “Ghetto Dreams” that featured Nas, it looked as if a new Common record was going to showcase a poet full of rage who had a fire lit under his belly. Yet, the end result is one of the most disappointing releases of the acclaimed rappers career, The Dreamer, The Believer finds someone who is always so smart with lyrics and words that he sounds like every other rapper out there today. Nothing original, nothing fresh and nothing to get excited over aside from the record’s first single.
FINAL GRADE: D
Posted by Salvatore Bono at 4:46 PM