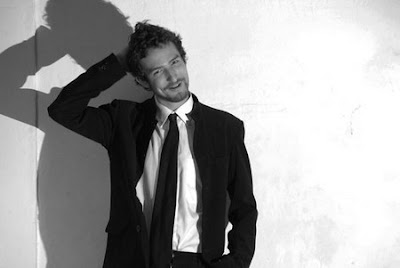 2011 was a year that singer-songwriter Frank Turner will never forget. The British singer and former Million Dead front man has been making music on his own since 2006, yet, it was not until the release of his latest record, England, Keep My Bones where Turner really started taking the credit and getting the attention the punk and poet really deserved. 2012 is shaping up to be a massive year already for Turner, who just turned 30, Turner will embark on a tour with Dropkick Murphy's and will headline Wembley Arena in April, the event will be Turner's largest headlining gig to date. With such a great year behind him and a great year plotting ahead of him, we had to kick off 2012 in a big way and showcase our interview with the one and only Frank Turner. Take a look...
Over the last few years we have seen many post-hardcore and punk artists go acoustic, why the change for you and so many others that electric music can not bring about?
Personally, my old band had just broken up and I was a little burned by the experience, we didn't part on the best of terms. I needed a new direction, both musically and personally, and I wasn't interested in being in a conventional band any more, so playing acoustic made a lot of sense. More broadly, I think that the punk scene in general is going through a period of self-reexamination right now, using more acoustic music as a tool. It's intriguing, to a degree. It's also become something of a bandwagon, I think, though (at the risk of sounding a touch defensive) it really wasn't back in 2005.

Being English and playing the type of music that you do, you immediately get compared to Billy Bragg. Does the comparison get annoying after a while? Is Bragg an influence on you?

I think every singer or band has one other person who they are relentlessly compared to - it's journalistic shorthand if nothing else - and at least I'm being compared to someone I like, both musically and (lately) personally. My old band spent its entire career being compared to a band we all hated! Billy is something of an influence, sure, but I'd say people like Dylan and Young are bigger for me.

You were born in Bahrain, how long did you live there? Did your time and your families time shape the person you are today?

I was only there for about 6 months so I have no recollections of the place.


“England Keep My Bones” is your latest record, what does the title signify?

The title is a Shakespeare quote (which makes me sound terribly erudite, dontchaknow). It came up late in the process of making the album, and it seemed to neatly capture what seem to be the two main themes of the album, namely England and mortality.

Four albums in, what has changed for you? Did you ever envision going solo this long?

Well my life has changed over time, as one would expect - I've spent pretty much the whole of the last 7 years on tour. The road will keep you free and clean, as Townes Van Zandt put it. One of the biggest changes, aside from playing to rather more people now than I did when I started, has been getting a stable line-up for my backing band together. They even have a name now - The Sleeping Souls. They're great players, and settling in with them has changed some aspects of how I write. I think I'd say I hoped things would last this long, but maybe not expect. It's good to still be here. I hope to keep doing this for a long time.

Franz Nicolay plays on “Wessex Boy,” how did that relationship come about? How was it like to play with Franz?

I met Franz when he opened for me at a show in San Francisco last year. I'm a huge Hold Steady fan, and I was totally blown away by his solo act as well, and we stayed in touch. He was touring in the UK while I was recording, and after the London show he stayed at the place I crash in London, so in the morning I kidnapped him and took him to the studio for a quick session. He's a lovely guy and a great player.

You at one point toured the US with Gaslight Anthem and The Loved Ones, two great bands with two great singers and lyricists, did you, Brian Fallon and Dave Hause ever think of working together?

We all hung out, for sure - nothing more concrete than that, but they're both great writers and we're all still in touch, so who knows?

You have cited early Dylan, Nick Cave as inspirations as well as Mewithoutyou and Dr Dog as modern bands you are into. Who else brings you inspiration musically?

What, outside of the music world, inspires your writing?

I read a fair bit of poetry - early 20th century stuff really does it for me, Larkin, Eliot, Betjeman and so on.

Your songs and shows involve the audience very much, they are almost punk pub song singalongs, how much joy does it bring you to see and hear your audience sing your words back to you each night?

It's a fantastic feeling, at once both elating and humbling. I'll confess to writing with that effect in mind from time to time, but I really feel that when a room full of strangers comes together in song, music reaches a point of transcendece, and becomes truly interesting to me. You can't beat a good singalong.

Passion and love are big things that guide your music and sets, are there words that describe how you feel about what you do?

Sure. I'd throw in dedication and maybe even obsession as well, haha. Now I sound like I'm advertising perfume.

In 2006 you did a great split with our friend Jonah Matranga, how did the idea to work with each other come about?

I met Jonah on tour with Million Dead in 2004, and we stayed in touch since. When I started playing solo stuff, he was one of the only other people around who had followed a similar path at the time, so it made sense for us to work together. We did the split and a tour swap - I played with him in the USA and he came around the UK with me, in 2007.

From your first band Million Dead to your solo work, what is your favorite song that you wrote and why?

It's nigh on impossible for me to choose one, at least with any degree of objectivity. Right now, I'm probably proudest of the song Redemption from the new album, but ask me again in a few months and I'm sure that will have changed.

With your constant touring and recording schedule, do you ever find time for yourself? What does Frank Turner do in his downtime?

Well, I have downtimes in the mornings! Actually, having breakfast on my own each day is one of my tips to staying sane on the road. I read a lot, watch films, do crosswords.. I'm pretty content with the current pace of my life.

Given that music is always changing and evolving and the landscape of music these days is far different than what it once was, what are your thoughts on the current state of music?

Music is a pretty timeless form of human expression, so I sometimes find all the discussions about downloading and so on to be a little tiring - people need to make music and they will continue to do so regardless of the technological context. There's a lot of great music being made right now, that's enough for me.

Posted by Salvatore Bono at 1:32 PM