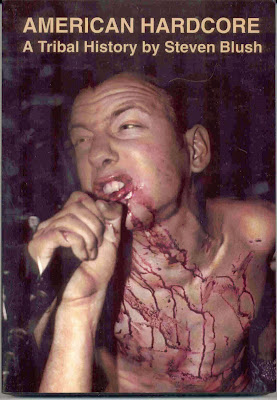 In 2001, author Steven Blush shed light into the often confused, dark, and controversial world of the hardcore music scene with his book American Hardcore: A Tribal History. Hardcore often would be looked on by the mass media as a hate mongering, violence promoting, often devil worshiping type of music, and Blush sheds light that if anyone ever thought that, they were more ignorant than one could imagine. Blush's book recounts tales of famous bands like Dead Kennedys, Black Flag, Bad Brains, Sick of It All, Cro-Mags, DOA, and the areas in which they came from as well as the fans that flocked to the gigs. Instead of a chronological timeline, Blush goes in and out of areas around the country and reflects on his own personal stories growing up in the scene. While the book focuses on the music between 1980-86, it shows the everlasting impact the music and scene had. In 2006, the book was turned into a documentary of the same name and furthered audiences education into the world of American hardcore music.
Posted by Salvatore Bono at 5:19 PM