Speaking to Australian radio station, Triple J, Justin Vernon of Bon Iver said he may be done with the band and moniker that made him famous. He said, "I don't really write songs anymore. The last Bon Iver record was a very 'sitting down with a guitar and writing' kind of record. I really have to be in a specific headspace to even begin to illuminate an idea that would create another Bon Iver record, and I'm just not there." Now, his label Jagjaguwar is ending speculation telling Consequence of Sound, "Bon Iver is not over by any means. Justin isn't currently writing Bon Iver songs, but that doesn't mean he won't write them in the future. Bon Iver is off-cycle, and that is not new news. Right now Justin's concentration is on preparing for the Volcano Choir tour, the first date being in Chicago on Friday."

The Pixies pulled a fast one on fans on Tuesday and released a surprise four-song EP, called EP-1. But, that may not be the only session of new material from the influential indie gods. Speaking to The New York Times, Black Francis said, "If we're going to keep touring like this, we need some kind of new story, a new life." Francis suggested that more new material is on the way.

Titus Andronicus have announced plans for a new album that will arrive next year, they even have a release month set for November 2014. Front man and main man, Patrick Stickles told Missoulian that the album will have 30-33 songs and will outsize the bands breakthrough epic, The Monitor, in terms of size and punk-opera style. The new album will also be accompanied by a film.

Jay-Z has sold his percentage of the Brooklyn Nets to the teams new coach and former Net star, Jason Kidd according to reports.

Danny Brown has unleashed the cover to his forthcoming album, OLD, which will arrive at the end of the month. Take a look at the cover below: 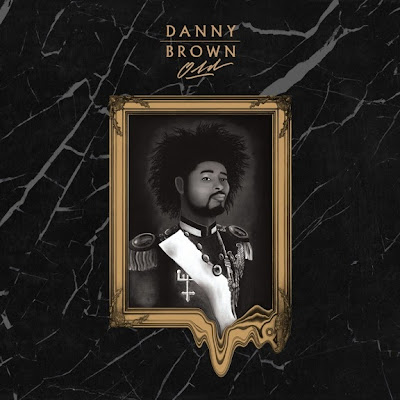 Posted by Salvatore Bono at 5:33 PM