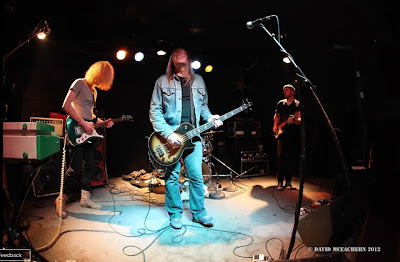 As we enter a new year of new records and new artists ahead of us, one band we recently discovered just hit us so hard like a sucker punch to the jaw and knocked us off our feet and made us get back up only to ask for more. That band was Toronto, Canada's Biblical. The band, which formed in 2010, is part prog-rock, metal, indie, and as they put it, "the sound of mountains splitting and oceans parting." After releasing their self-titled EP in 2011, the band will release their debut, Monsoon Season this spring and when it comes, it will be a record that will dominate everyones ears with their creativity, production balance, and way to combine heavy guitars with a melody of classic rock gods. Rock and roll fans, this is the band you have been waiting for.