After much speculation, U2 are indeed airing a commercial during the Super Bowl, however, the legendary Irish rockers will not be promoting a new album, it will be to give away a new song for free so that they can help fight AIDS. Beginning the night of the Super Bowl, U2 are teaming up with (RED) and Bank of America to give away their new single, "Invisible" for 24-hours. Every the song is downloaded, which it is free, Bank of America will donate $1 to (RED) to help fight AIDS in the poorest parts of the globe.

Superstar DJ Calvin Harris is teaming up with Jay Z and Will Smith to bring a scripted comedy about EDM to HBO. Not much else is known about the forthcoming show, but Trainspotting author Irvine Welsh is attached to write the series.

While we all wait for this much anticipated new D'Angelo record to arrive, footage of the enigmatic R&B star in the studio appeared over the week which featured bassist Pino Palladino (Nine Inch Nails, The Who) in the studio working on new tracks. No word as to when the LP will arrive, or if it ever will.

The Beatles are teaming up with Vans to release a special edition Yellow Submarine-inspired series of sneakers. The new sneakers will be available March 1 and will run between $65-$75. Take a look at what the look like below: 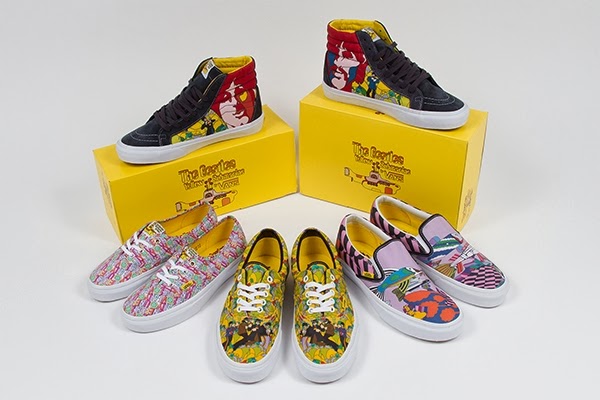 Posted by Salvatore Bono at 3:50 PM