The Hold Steady announced they will release their new album, Teeth Dreams, in March.

Three years after she released the amazing, 21, Adele, continues to break records as the record has officially become the highest selling digital album of all time with more than three million copies downloaded.

After announcing just a few months back that they were going on "extreme hiatus," The Walkmen are reuniting for next month's NBA All-Star Game in New Orleans. Frontman Hamilton Leithauser said in a statement,"We thought it might take a lifetime to get us back together—til the All-Star Party gave us the nod. How could we stay on the bench? We're coming 110%. Full-court press. Man to man. Rock n Roll, Pick n Roll."

Taking to Facebook, Pusha-T confirmed that the rumors of Clipse working on a new record are indeed true. The album is being produced by The Neptunes, no word as to when it will be released.

Elbow will release their new album, The Take Off and Landing of Everything, in March.

Converse are teaming up with Black Sabbath to release a Sabbath inspired Chuck Taylor for their Spring 2014 line. The new kicks will arrive in March just as the band kick-off their world tour. Take a look at some of the designs below: 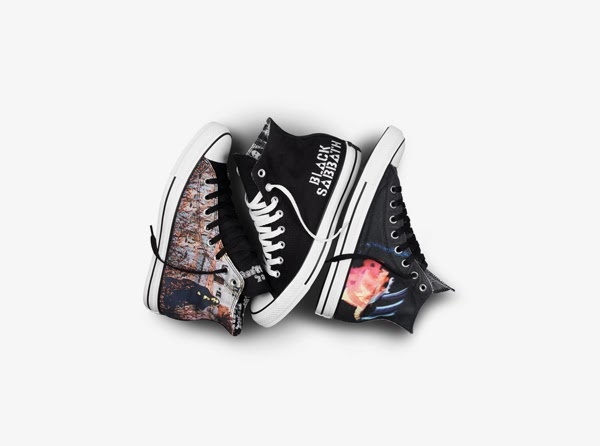 Posted by Salvatore Bono at 5:06 PM