Great Soundtracks: Dancer in the Dark 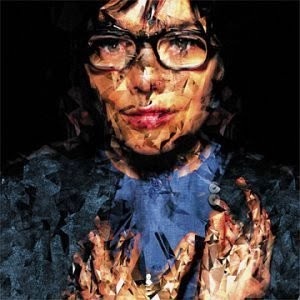 While Oscar season is in full effect and most "critics" and "journalists" care more about red carpet fashions and the looks of celebrities rather than the art of the motion pictures nominated, it brings to mind a specific case in point - Bjork's now infamous swan dress at the 2001 Oscars. While the Icelandic goddess made her big screen debut in 2000 in Lars Von Trier's dark and twisted musical Dancer in the Dark, she was even nominated for "Best Original Song" for the 2001 Oscars for the film's song "I Have Seen It All," a duet Bjork did for the Dancer in the Dark soundtrack with Thom Yorke. Yet, all the attention on Bjork was brought on for all of the wrong reasons. Now, that the season is in full effect and it has been nearly 14 years since the soundtrack to the mesmerizing film was released, we are looking back on it.

The soundtrack became much more than music to the film, it also became a Bjork album that stands on it's own. Using her classic ambient and electronica sound and combining it with classical score arraignments and sampling sounds from factories, train stations, and everyday life, the soundtrack would eventually be known as Selmasongs: Music from the Motion Picture Dancer in the Dark. While some regard it as a Bjork solo album that was inspired more by the film rather than a soundtrack, whatever the case may be, it ties to a film that landed Bjork an Oscar nomination. Unfortunately, that part still won't be remembered.
Posted by Salvatore Bono at 4:55 PM