New York Hardcore legends Sick of It All have confirmed they are writing and recording their brand new album and hope to have it out by the end of the year.

Another set of NYHC legends, Madball, are currently in the studio crafting their next album. The hardcore heroes hope to have their new record out by the summer.

Speaking of making a new album this year, The Who's Roger Daltrey has confirmed that the band will hope to make a new album and have it out in 2014 to celebrate their 50th anniversary together. Daltrey said to NME, "Pete's got hundreds of songs. So the only question is whether we get around to it, but he wants to make an album and I'm always ready and raring to go. We'll see. I never know what I'm doing next, it's about what comes through my letterbox tomorrow, but I don't see why we wouldn't. My voice is still in good shape. The hearing isn't so great, but the voice is fine."

Is Nas considering making an sequel to his groundbreaking debut, Illmatic? With the 20th anniversary of Illmatic upon us this year, Nas spoke to VIBE about the idea. He said, "I definitely though about that. It just has to flow, it has to be natural. I can work on that and if I don’t like it, just scrap it. I have to feel it. It got to to be honest." Nas is rumored to be releasing a new album this year.

After releasing one of the greatest comeback albums in history last year with Bloodsports, Suede's Brett Anderson said to NME that the seminal British band are going to work on new music saying, "We're busy writing at the moment," he said. "I'm very proud of 'Bloodsports', and the best thing about it is that it showed us that we can write new music, and relevant new music. We want to carry on writing and pushing forward, so we're taking it somewhere else now. I think it'll be out next year, as we’re just writing at the moment so realistically it will be next year."

Speaking to BBC1's Zane Lowe, Dave Grohl revealed that the new Foo Fighters album is going to shock a lot of people. Grohl said, "I know what it sounds like and I honestly think the entire concept is really going to take people by surprise and it sounds nuts. We recorded something the other day that's unlike anything we've ever done and it starts with a fuse and then it explodes."

After sacking vocalist Ron Reyes last year during a gig, Gregg Ginn has confirmed that their is a new singer for Black Flag, the band's fourth overall. Ginn has hired skater and manager Mike Vallely to take over on vocal duties replacing Reyes.

2014 marks an important year in anniversaries for music, but the biggest might be the 30th anniversary of Def Jam records. The iconic hip-hop label that was started in Rick Rubin's dorm room at NYU will enter it's third decade and the label has revealed a new logo, take a look:

Baltimore duo Wye Oak will release their new album, Shreik in April. Take a look at the cover below: 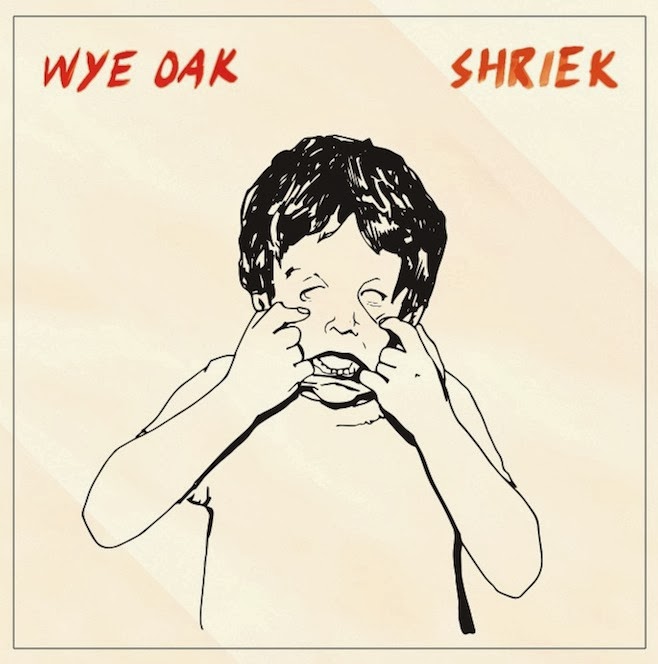