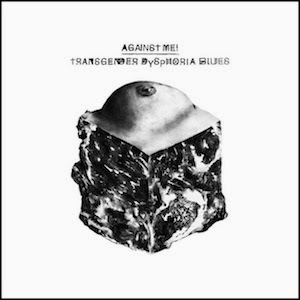 Against Me! – Transgender Dysphoria Blues
The much delayed, much anticipated new record from Against Me! has finally arrived and no doubt about it, Transgender Dysphoria Blues was worth the wait. The most important punk rock record since Green Day’s American Idiot and up there in importance with The Ramones debut, The Clash’s London Calling, and Sex Pistols' Never Mind The Bullocks, frontwoman Laura Jane Grace reveals her transformation from the man formerly known as Tom Gable to the woman she is today. The record is heroic as it is heartbreaking, brave as it is brutal, scary as it is hopeful and most importantly triumphant as it is bold.
FINAL GRADE: A+ 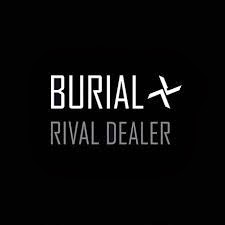 Burial – Rival Dealer EP
Last month, as Beyonce surprised the music world with a brand new album, enigmatic British beatmaker Burial did the same, on a smaller scale of course. The three song Rival Dealer EP is brings out the best in what we have love about Burial after all these years and most of all, still leaves us in awe and wanting more.
FINAL GRADE: A+ 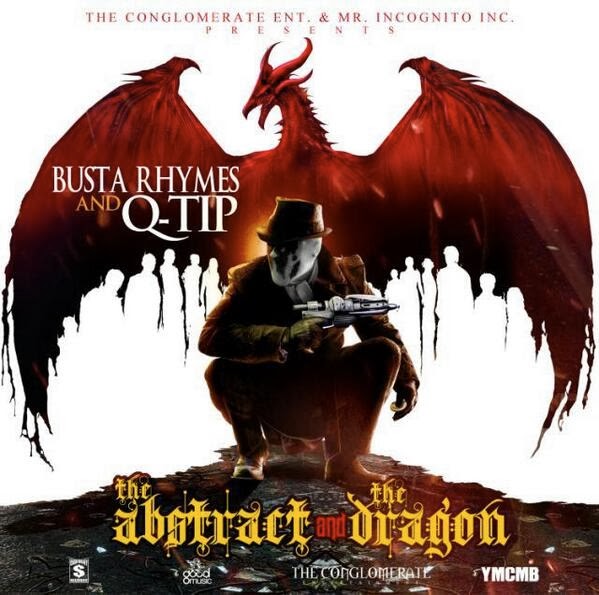 Q-Tip and Busta Rhymes – The Dragon and Abstract
Two titans of hip-hop team-up for a mixtape that brings about the glory days of when these two were guesting on each other’s records during their heydey and show the new class how it is done after all these years in the game.
FINAL GRADE: A 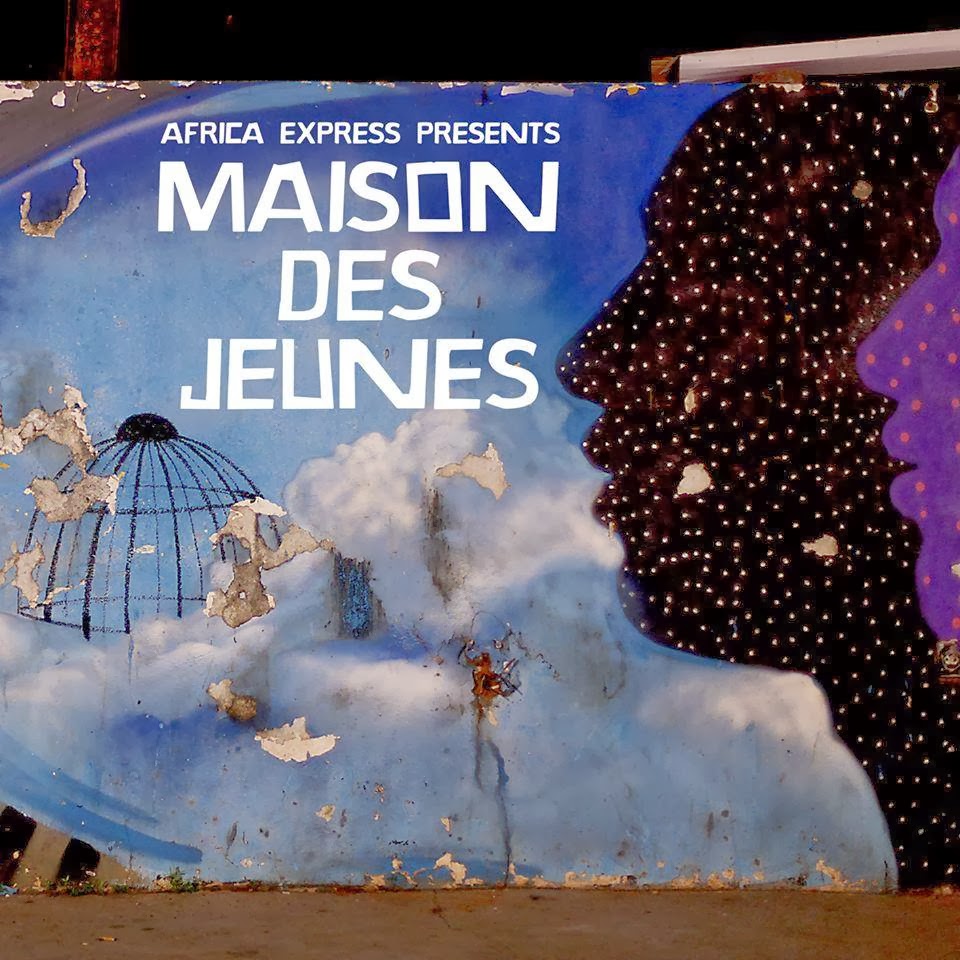 Africa Express Vol. 2: Maison de Jeunes
Damon Albarn brings Idris Elba, Nick Zinner, Brian Eno, and many others to link up with Malian musicians to another installment of taking traditional native tunes and giving them a beautiful alternative twist.
FINAL GRADE: A

Beyonce
It has been over a month since Queen B surprised us all with her self-titled LP and she managed to close out 2013 with a bang. Beyonce proved by doing this her artistic, business, and forward thinking credit is not only in tact, it proved that she is the biggest female star of this generation and will be for years to come.
FINAL GRADE: A- 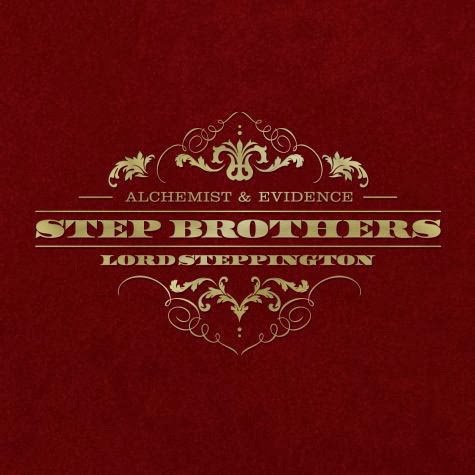 Step Brothers – Lord Steppington
The much anticipated debut from Step Brothers aka The Alchemist and Evidence has finally arrived and it is pact with a slew of stars from Action Bronson, Roc Marciano, Blu, Domo Genesis, Oh No, Fashawn and more. It takes the flavor of new school hip-hop and gives it a interesting twist.
FINAL GRADE: B+ 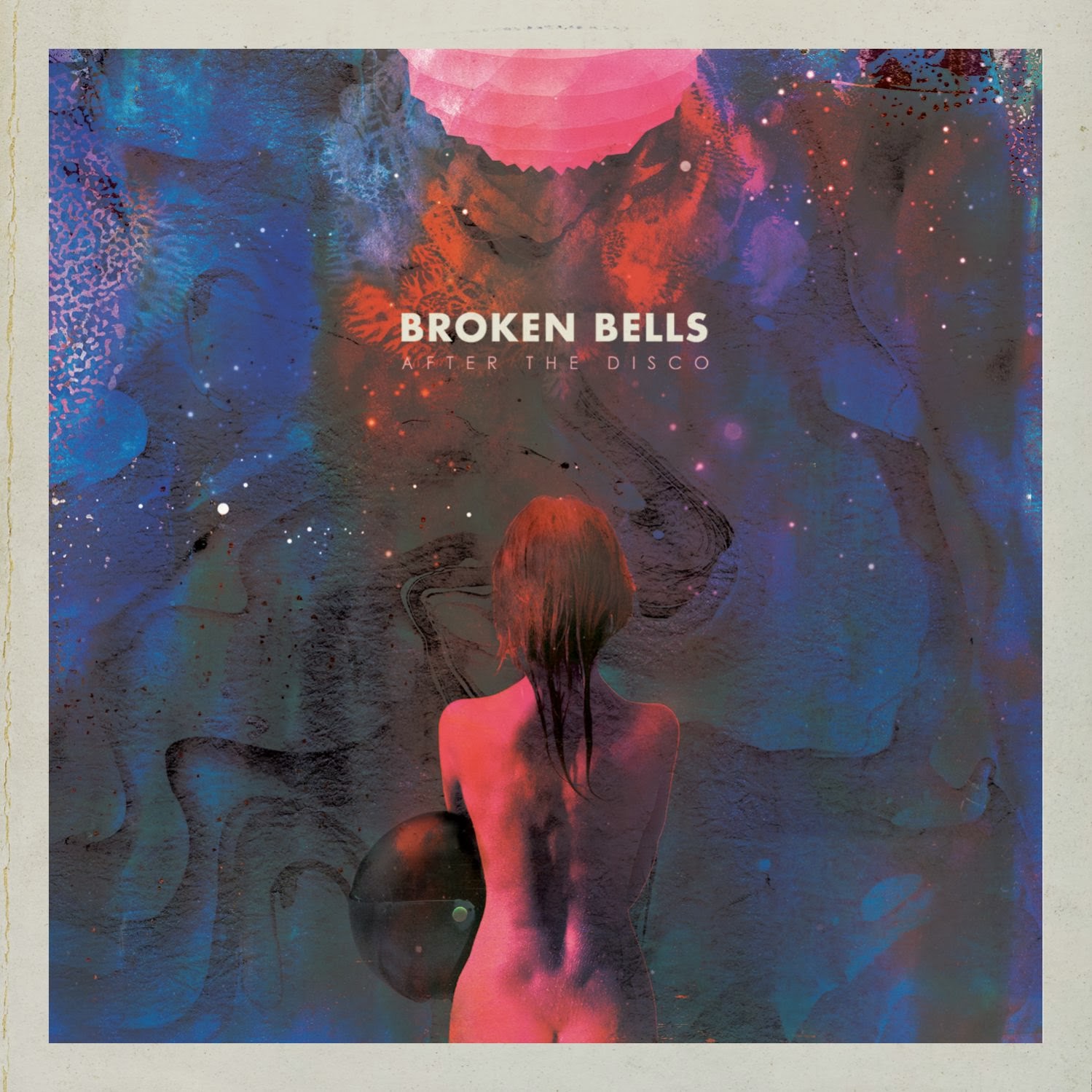 Broken Bells – After the Disco
The sophomore album from Danger Mouse and The Shins’ James Mercer’s Broken Bells arrives and is much more poppy and lively than their 2010 debut. After the Disco also more lush and layered in sound and production from Mouse than their prior efforts.
FINAL GRADE: B+ 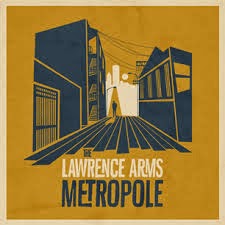 The Lawrence Arms – Metropole
After seven years, the sixth album from The Lawrence Arms finally arrives and the band picks up right where they left off. The album was inspired by a trip to Italy but one would never know, it contains textbook Arms riffs, choruses and most of all the energy that has made them the band they are after all these years.
FINAL GRADE: B 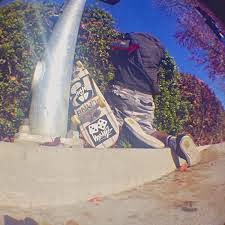 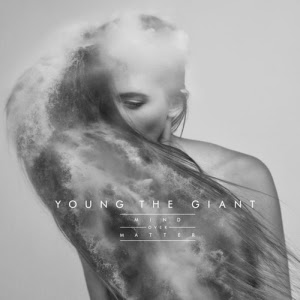 Young the Giant – Mind Over Matter
Four years after their extremely popular debut, Young The Giant return with their sophomore effort and while not as commercially poppy as their debut, it still packs a fun punch of energy and eclectic sounds that have made them a fan and festival favorite in recent years.
FINAL GRADE: B 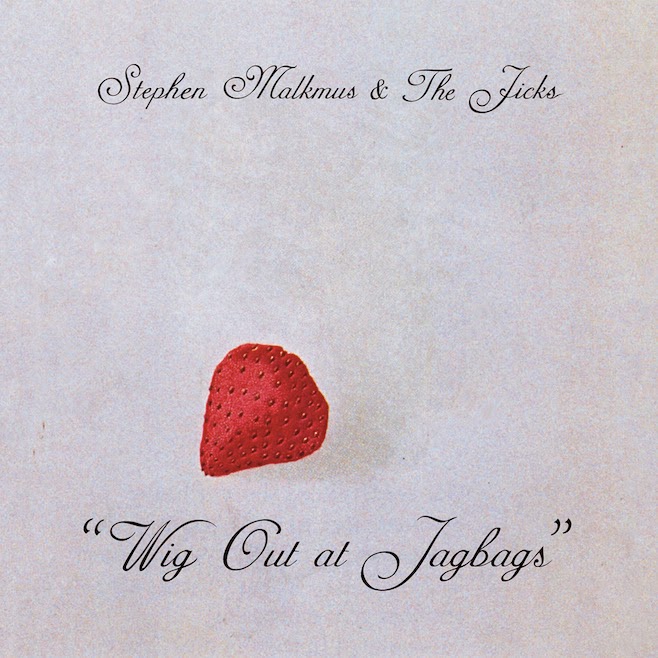 Stephen Malkmus and the Jicks – Wig Out Jagbags
The former Pavement singer returns with The Jicks to give their sixth album and in fans of Malkmus will be pleased but does not do much to change the formula that have made them who they are.
FINAL GRADE: B 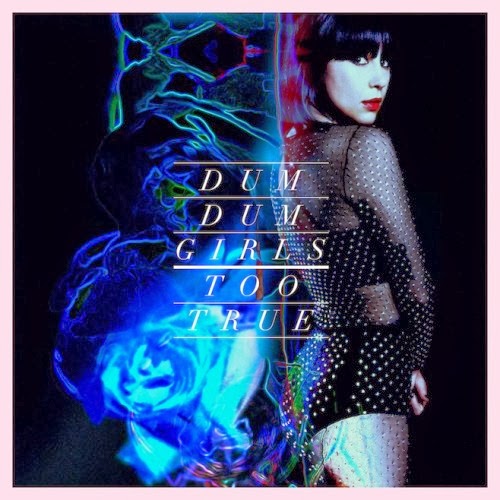 Dum Dum Girls – Too True
The Dum Dum Girls return with their fourth album and bring a great sense of British cold wave bands like Siouxsie And The Banshees, The Cure, The Stone Roses, Suede and The Jesus And Mary Chain.
FINAL GRADE: B 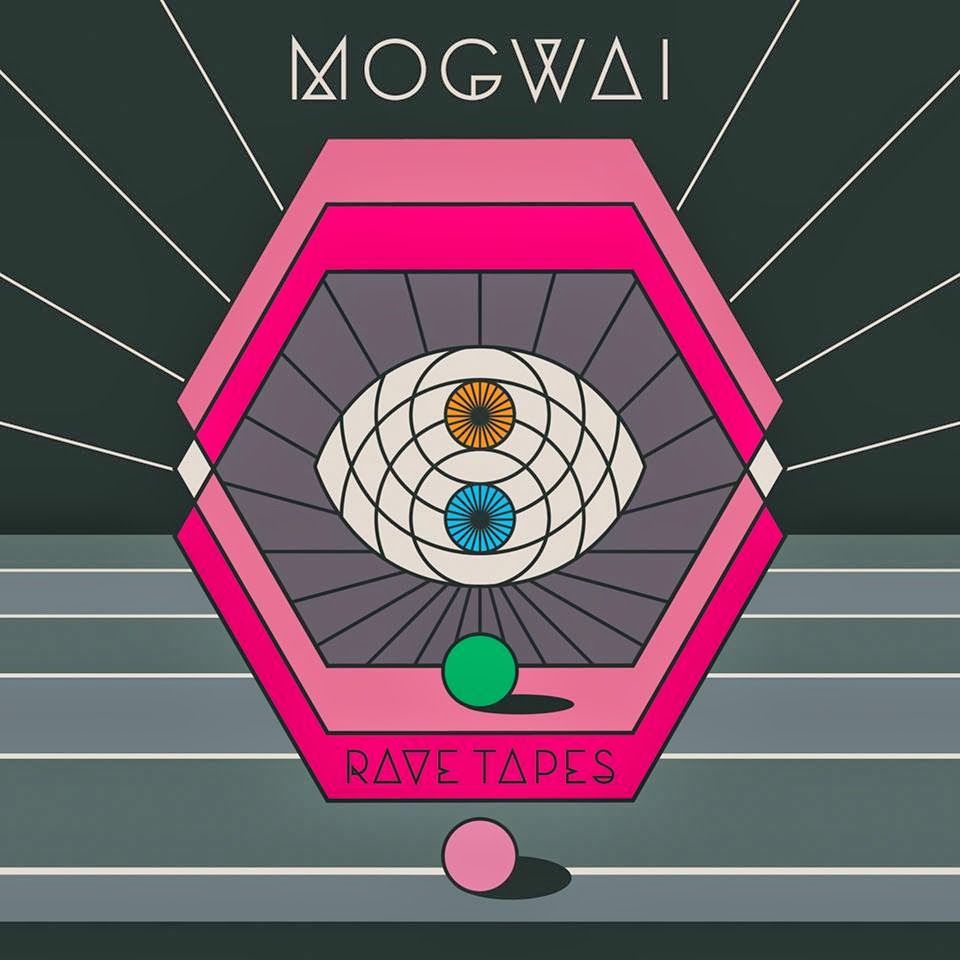 Mogwai – Rave Tapes
The eighth release from the Scottish noisemakers does not disappoint and as usual, these songs are going to kill live more than they do on disc.
FINAL GRADE: B 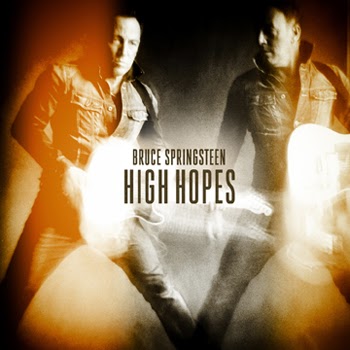 Bruce Springsteen – High Hopes
The Boss is back and this time he is bringing along Tom Morello to add an extra crank to his sound. Morello, much like the songs on High Hopes has been jamming with Springsteen and E-Street for a few years now as a guest of the band on stage and like some of these songs, which have been featured in the Springsteen setlists for over a decade, including some of the covers on the record like one’s of Suicide and The Saints, are now packaged together. Springsteen brings the road to a record but for fans it will be a forgettable affair for most of the tracks.
FINAL GRADE: B- 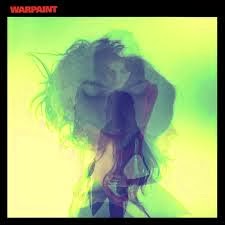 Warpaint
The much delayed and anticipated second record from Warpaint arrives and now, produced by Flood, the band bring a darker side to their sound and come off much more moody than ever before.
FINAL GRADE: B- 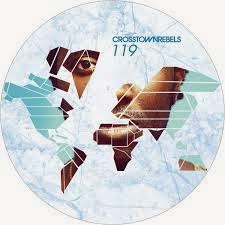 Kele – Heartbreaker
The Bloc Party front man goes back to his DJ and dance roots for his second solo EP but fails to make the sound he loves so much interesting.
FINAL GRADE: C
Posted by Salvatore Bono at 7:33 PM