Speaking to Rolling Stone, Queens of the Stone Age's Josh Homme has said the band vow to make a new album this year, following up last year's fantastic ...Like Clockwork. Homme said, "Absolutely. We have more than enough songs. We're booked 'til September, but after that we plan to jump in the studio and get going. When it's time to make music, that's about getting lost for me. To be a control freak is not half as good as being a freak who's casually in control. You're feeling around in the dark for something that feels good. As long as you're not in an orgy, that can be an amazing moment."

The Eurythmics are reuniting to pay tribute to The Beatles. Taping on January 27, the night after the Grammys, the 80's duo will be part of the tribute for the CBS broadcast of The Night The Beatles Changed America, which will air on February 9, marking the 50th anniversary of The Fab Four's debut on The Ed Sullivan Show.

Writing on Black Sabbath's website, guitarist Tony Iommi gave fans an update on how his cancer treatment is going. He wrote, "We've some good things lined up for the coming year, firstly the Grammys, then some dates in the US and Canada, and in the summer a quick trip round Europe. I should also be finishing my regular treatment and I’m hoping to not get so tired, all positive."

The Black Lips are releasing their new album, Under the Rainbow, in March. The band recently shared the cover art, take a look below: 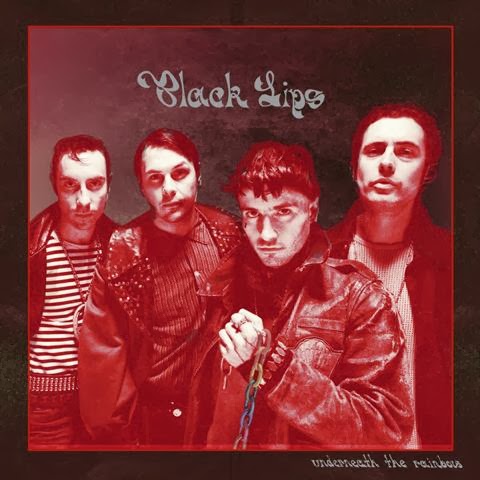 Posted by Salvatore Bono at 5:29 PM