This year's Oscar race is heating up, but it is not just the filmmakers that are getting the attention, it is musicians too. Artists like U2 (Mandela: Long Walk to Freedom), Arcade Fire and Owen Pallett (Her), Karen O. (Her), Pharrell (Despicable Me 2), all picked up nominations. In a statement to Rolling Stone, U2 said, ""We are humbled and honored that 'Ordinary Love' has been nominated for an Oscar. It was a privilege to be asked to write a song for this extraordinary film, Mandela: Long Walk To Freedom, and to help tell this extraordinary love story. We have been working for this great man since we were teenagers and for our song to be recognizedin this way by the Academy is beyond our wildest teenage dreams." Also, in a statement to Rolling Stone, Karen O. said, ""Holy smokes. I had zero clue! To say this was unexpected is an understatement. It's wild because 'The Moon Song' was written and recorded in the most humble of circumstances; at my dining room table, a few paces away from the couch I read the script for 'Her' for the first time."

Taking to Instagram, Foo Fighters posted a picture of eight master tapes with the caption, "It's Fucking ON!" to tell fans that they are in the studio working on their new album. No word though as to when the record will be released.

Speaking to NME, The Klaxons said their new LP will be out in the spring and band member Jamie Reynolds said, "It covers leftfield electronica and pop. It's where we always said we were gonna place ourselves - it just took us a while to learn how to get there."

Also speaking to NME, The Cribs' Gary Jarmin has revealed that he and his band of brothers are working on two albums to release in 2014. One record will be a guitar / punk album and the other will be a pop album. He said, "I feel like there's two sides to the band – a punk rock side and a poppy side – and we've always tried to balance them. The idea this time is to let them exist separately as different records."

Lykke Li has confirmed she has been working on a new album and that it will come in the late Spring.

The Horrors Rhys Webb spoke to NME about the bands upcoming still-untitled fourth album. He said, "We've been experimenting with sound processing, sequencers and rhythm. We want to make music you can dance to, music that elevates. It feels like the next step to us." No word on when it will be released.

Interpol guitarist Daniel Kessler spoke to NME also this week and gave an update on the iconic New York City band after it was announced they will make their live comeback in June at New York's Governors Ball. Kessler said, "There was never any sense that we'd come to a breaking point or anything but if you play 200 shows and tour as hard as we did, you need time to get back to other elements of life, and start thinking about new songs."

Talking to Billboard, Metallica's Kirk Hammet said that the band will FINALLY begin working on their new album. He said, "In a couple of weeks. When we start, that's going to be our main priority, and we're pretty excited about it because we've been saying we need to start working on this album, but we've been procrastinating greatly with it. We've pretty much come up with every sort of excuse we can not to start work on the album, but we've run out of excuses, so we pretty much have to start work on it now."

Foster the People announced the tracklisting for their upcoming album, Supermodel, which will arrive in March. Take a look:
'Are You What You Want to Be'
'Ask Yourself'
'Coming of Age'
'Nevermind'
'The Angelic Welcome of Mr. Jones'
'Best Friend'
'A Beginner's Guide to Destroying the Moon'
'Goats In Trees'
'The Truth'
'Fire Escape'
'Tabloid Super Junky'


Beck has released the cover of his new album, Morning Phase, which will arrive next month. Take a look: 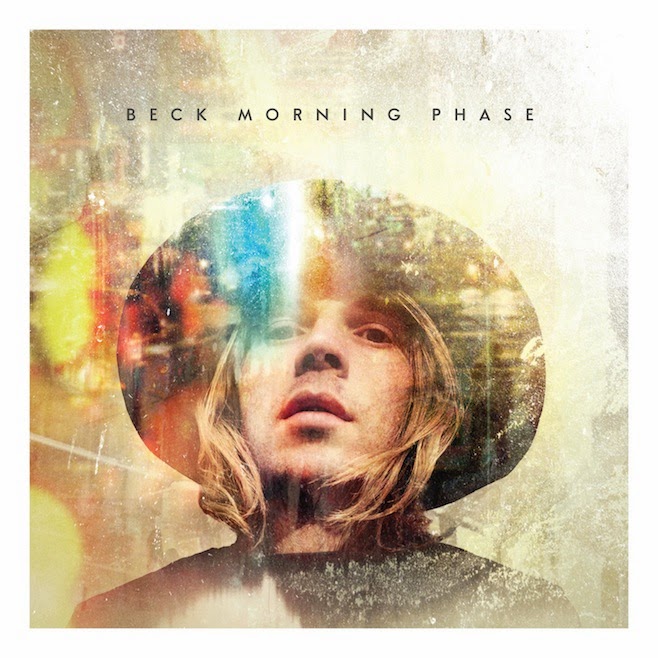 Posted by Salvatore Bono at 9:39 AM