Great Soundtracks: The Harder They Come 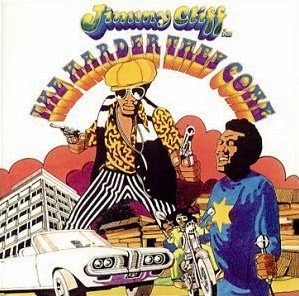 In 1972, Jimmy Cliff graced the silver screen in The Harder They Come. Just as important as his role in the film was the movie's soundtrack and how it helped bring reggae music to the United States that was outside of Bob Marley.  Marley and The Wailers had helped put reggae music in the world's ear but the soundtrack to The Harder They Come helped sustain it. The film not only made a star out of Cliff as an actor, it also put him on the musical map.

Featuring original songs from Cliff, Scotty, The Slickers, The Maytals, Desmond Dekker, and The Melodians, The Harder They Come showed that Jamaica was an island of talented artists and musicians. While this is a soundtrack, it served as a compilation of what they world was missing.
Posted by Salvatore Bono at 7:42 PM