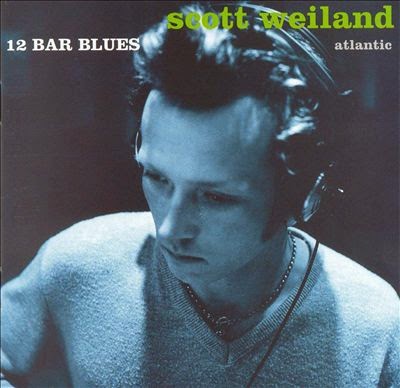 As Scott Weiland is back in the music news with his new band The Wildabouts, who just released their debut album, we look back at the troubled singer's underrated solo debut. In 1998, at the height of Stone Temple Pilots' career, the band went on hiatus. Weiland, who has constantly battled all sorts of addiction through his whole professional career, parted ways with the band that gained him fame. The remaining members of STP formed the ill-fated Talk Show, and Weiland released 12 Bar Blues. The record, a David Bowie meets post-grunge sound, became Weiland's emotional release. The album meanders into various places that takes us not just into heart but into the soul of a man who had never been so personal before. In the song, "Barbarella," Weiland sings, "Grab a scale of all the pain I have given with my name. I am a selfish piece of shit." Songs like "Son," "Lady, Your Roof Brings Me Down," "Desperation #5," took one of the 90's most prolific front men and rock and rollers and made him human. This record could have never been made with STP, but the fact that it was crafted and put out there, it legitimized Weiland as a songwriter and singer. 12 Bar Blues was a commercial flop but managed the critical acclaim that he may not have gotten with his day job.