At a recent concert, Nas confirmed that his new album will arrive this summer. No date and no other details were given.

In an interview with BBC, Deftones' Chino Moreno confirmed that his band's new album will arrive on September 25. No further details were given.

According to Ozzy Osbourne, Black Sabbath will embark on their final tour and release their final album next year. Ozzy told Metal Hammer, "The plan is that next year we'll do the final Black Sabbath tour and album. I'm not stopping... my wife spends all my money so I can't."

Chic will release their first album in 23 years this summer and while details have been sparse, Billboard reports that Elton John and Janelle Monae will appear on the LP.

In an interview with VLADTV De La Soul spoke about why they did a Kickstarter campaign to fund their upcoming album. Dave said, "We’re not gonna be on [an independent label like] Koch or a major. We don’t want to do that anymore. That’s slavery. So in order to get this completed – partly we funded ourselves, and we have a team, a group of people, a following, and a fan base who believe in what we do. And don’t want nothing in return except the music.”

Gin Wigmore will release her new album, Blood to Bone, in June. Take a look at the cover, below: 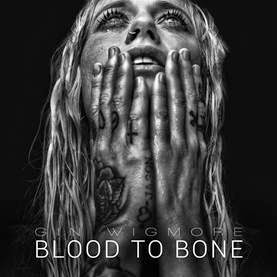 Posted by Salvatore Bono at 5:34 PM