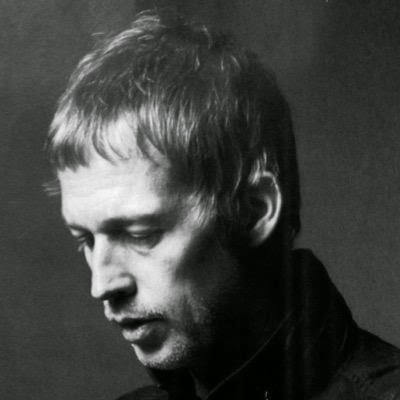 Last year, British shoegazers Ride announced they they were reforming and hitting the road. Earlier this month, the band performed their first concert in 20 years in Oxford, England, and then went to play at Coachella this past weekend. Their Coachella performance would mark the first time the band has been to the U.S. in over 20 years and they received the acclaim they would be hoping for when they returned to the stage. The band, who are lead by Andy Bell, who would later go on to play in Oasis and Beady Eye, spoke to us about Ride's reunion, his time with the Gallagher brothers and their bands. Before the band returns to Indio for Coachella weekend No.2, take a look at our interview below:

Late last year, you and the members of Ride shocked the music world with the announcement of your reunion. What prompted everyone coming back together?

Good timing! ...and the fact we wanted to play together again.

Is a new Ride album in the works?

No. We are just concentrating on the tour for now.

How have the rehearsals been?

Rehearsals have been getting better and better. The magic of the band has not gone away in these 20 years. The gigs are going to be great.

What is the mood in the band now, are you nervous to hit the stage again?

We are all starting to get excited for the shows, the first ones are just around the corner now

You left a massive impression with Oasis fans with your songwriting and bass lines. What is your fondest memory of being in that band?

I loved every minute of being in Oasis. I count myself very lucky and had the greatest time, both in Oasis and Beady Eye.

Aside from working with bands, you also DJ. What is it about DJing that excites you?

As a songwriter, musician, and producer, have you ever flirted with the idea of releasing your own solo record?

Yes and this will happen in the next 5 years.

It has been revealed that you suffer from deafness in your left ear. Does that ever hinder your work or like Beethoven, you just keep crafting with what you feel?

I just have some damage to the top end in the left side. At the moment it's fine but when I get older it will cause me to go deaf sooner.

Following the Ride tour, what is next for you?

Alongside the Ride tour I am also working on music as Psychedelic Machine (on soundcloud) and also I score music for TV / Films.

Will Hurricane #1 ever get back together?

Hurricane #1 have reunited already, Alex has put a new line up together with my blessing. They are playing shows this week I think. I wish them the best of luck.

With your busy schedule and projects, what is the one thing you would still love to get around to do that you haven’t had a chance to?

I would love to travel all the places in the world that bands never go to.
Posted by Salvatore Bono at 8:53 AM