Joseph Arthur will release his new album, Days of Surrender, later this year.

For an artist, picking a favorite record is like a parent picking a favorite child but Graham Coxen of Blur has publicly come out to say that The Magic Whip is his favorite Blur album. Speaking to England's Metro, the guitarist said, "At the moment this is my favourite because it's poignant – a lot of what Damon [Albarn]'s saying with the lyrics would maybe resonate with someone who's my age, feeling dislocated by technology but also slightly enslaved by it, and worried about where it's all going to end up. I feel like he's saying the stuff that I feel."

Speaking of Blur, bassist Alex James told NME that the band have enough material from The Magic Whip sessions that they could release a new record. He also mentioned that he doesn't know if the band will record again saying, "Nobody knew the answer to the question 'Will Blur make a new album?' for 12 years, so it's incredible [that] everyone is asking again already. Whether any other stuff from [the Hong Kong sessions] will ever emerge, who knows? But coming up with new music has never been Blur's problem. If you get the four of us in the studio in the right frame of mind, we'll always make new music."

Is The Prodigy coming to an end? According to front man Keith Flint, it maybe so. He also spoke to NME and said, "I think that the band's gonna come to an end at some point, and it's got to be soon. It will end before we want it to because of the realities of age. There comes a point where you don't want to be Uncle Alan at the wedding reception."

Titus Andronicus will release their new album, The Most Lamentable Tragedy, in July. Take a look at the cover, below: 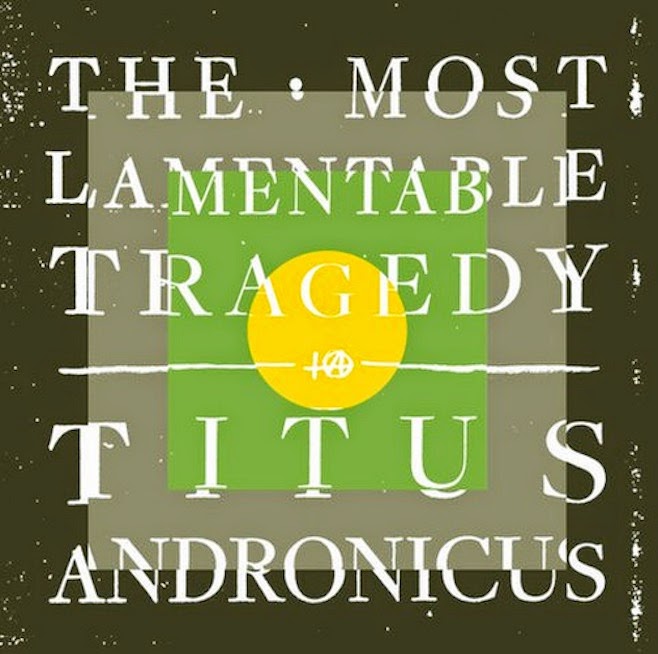 Posted by Salvatore Bono at 7:27 PM