Boston Mayor Marty Walsh has declared tomorrow, April 9, Riot Grrrl Day. Bikini Kill's Kathleen Hanna will speak at the city tomorrow and will be presented with a proclamation that reads: The riot grrrl philosophy has never felt more relevant, with misogyny still rampant in many cultural spaces... Riot grrrls redefine the language used against them and continue to fight the newest incarnations of patriarchy. In doing so, they ironically confirm one ex-congressman’s accidental wisdom: 'the female body has ways to try to shut that down.' It sure does: women's voices telling their stories can shut that down."

Graham Coxon of Blur spoke to NME about the band's upcoming album, The Magic Whip, where he said, "We didn't have our full arsenal in the studio – I had a Stratocaster I was playing that had just been built for me, so my guitar sounds on this album are very, very different. [Recording engineer] Steve Sedgwick was mic-ing the drums up pretty well, but we were quite casual about the sound. We purposefully put ourselves in quite a tight corner so we could hear each other; so we could shout over, 'Play this chord,' or 'Play that chord,' or just 'Do what you like!' We wanted to work quickly, intensely, with no technological failings holding us up."

Also speaking to NME, was the director of the upcoming Kurt Cobain documentary, Montage of Heck. Director Brett Morgan discussed his research on Cobain and said, "I found his actual suicide letter, which was unexpected. I just opened up this heart shaped box and there it was. And I was like 'Based on everything I've witnessed, this makes no sense.' Kurt didn't have a problem with quitting music; he talked about it openly. If he wanted to stop performing, he would just stop. Nothing was leading up to that suicide letter. It was ultimately about his search for family," Morgan continued. "He didn't feel like he had a family, but he desperately wanted one. So the second that Nirvana broke he asked Courtney to have a child. You're 25 years old, you're the biggest rock star in the world – having a baby isn't a very common reaction, you know?"

Also speaking about Montage of Heck is one of the Executive Producers of the film, Cobain's daughter Francis Bean, who spoke to Rolling Stone for the first time about her dad and Nirvana. She admitted, "I don't really like Nirvana that much. Sorry, promotional people, Universal. I'm more into Mercury Rev, Oasis, Brian Jonestown Massacre. The grunge scene is not what I'm interested in." She then said that the Nirvana track, "'Territorial Pissings' is a fucking great song." Francis did also discuss one time when the remaining members of Nirvana paid her a visit. She said, "Dave [Grohl], Krist [Novoselic] and Pat [Smear] came over to a house where I was living. It was the first time [they] had been together in a long time. And they had what I call the 'K C Jeebies,' which is when they see me, they see Kurt. They look at me, and you can see they're looking at a ghost. They were all getting the K C Jeebies hardcore. Dave said, "She is so much like Kurt."... But I was glad they came over. It was a cool experience, like having a Nirvana reunion minus one. Except for his spawn."

On To Pimp a Butterfly, Kendrick Lamar name checked Killer Mike on the track "Hood Politics," and said, "Critics want to mention that they miss when hip hop was rappin’/Motherfucker, if you did, then Killer Mike’d be platinum.” Now, Killer Mike is responding to it in an interview with MTV. He said, "I felt like when a professional ball player compliments another professional ball player. That is a compliment no one can truly understand how dope that is, unless you’re a ball player. For me, it was an honor. I didn’t know he listened to me. I suspected maybe he did. I’m glad it was confirmed in such a huge way. I just want to thank him. I just like what they’re doing. I just like him.”

In June, Florence & The Machine will release their third album, How Big How Blue How Beautiful. Take a look at the cover, below: 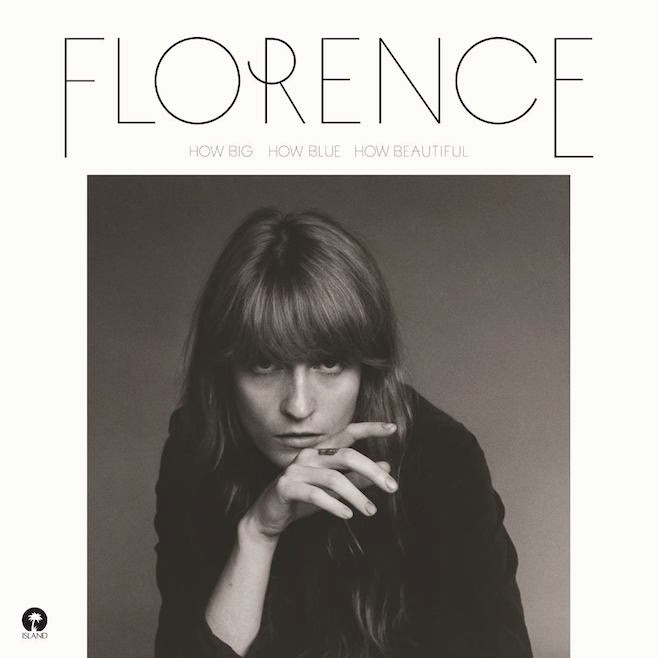 Posted by Salvatore Bono at 4:49 PM