Recommended Reading: I Swear I Was There 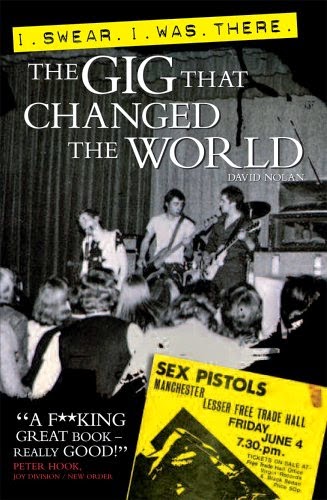 We have all been to that one gig that has changed their lives. Whether that gig was in a small club or stadium, it had an impact on us in attendance. But, what if there was one gig that changed the course of music forever? On Friday June 4, 1976, The Sex Pistols played Lesser Free Trade Hall in Manchester, England. The punk band's set was so blistering and inspiring that those in attendance started bands. Those in the crowd were the likes The Fall's Mark E. Smith; Joy Division's Peter Hook, Bernie Sumner, and Ian Curtis; Morrissey; Howard Devoto and Pete Shelley of The Buzzcocks. In the wake of that gig, the friends who entered that show left forming bands or looked to join a band.

Read Our 2014 Interview with Peter Hook

In 2006, author David Nolan wrote about the impact of that concert and how it changed the music world forever with I Swear I Was There. In essence, that concert ushered in the post-punk movement which was spearheaded by The Smiths and Joy Division. The book chronicles the back story of how the show was put on and it's lasting impact and why it remains the most important concert of all time.

Read Our 2012 Interview with Peter Hook

Posted by Salvatore Bono at 7:20 PM