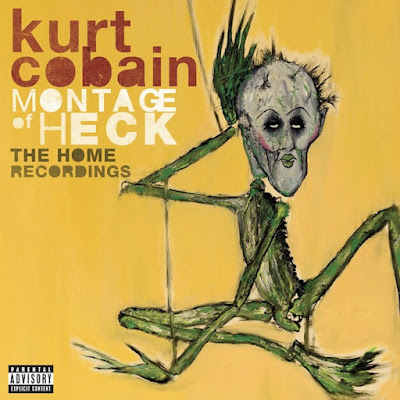 Next month, the posthumous release from Kurt Cobain and the soundtrack to the documentary, Montage of Heck will be released. Now, the cover and tracklisting has been released.

The documentary's director Brett Morgan spoke to Rolling Stone about the release: "The morality of putting out unfinished work — I know that is a criticism that will be lobbied against the project," he said. "But just like the Bootleg Series furthers your understanding of Bob Dylan's process, I find that Montage of Heck: The Home Recordings furthers not just our understanding of his process but represents yet another angle, another side of Kurt — an artistic outlet that he was not necessarily able to work with in the context of a three-piece band. It's not scraps and discarded, insignificant material. It really is furthering our understanding of one of the most significant artists of our time."

Take a look at the cover, above, and the tracklisting, below, and hear the the demo to "Sappy."