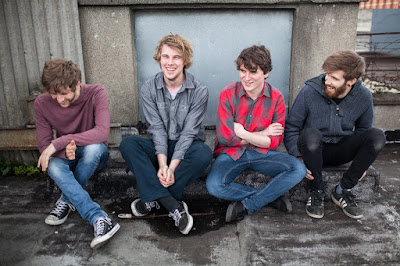 Dublin, Ireland, has been home to some of the most exciting bands in rock from U2 to The Pogues to The Frames and countless others. Here is a new one to add to the list -- Girl Band. The band, who have made a name for themselves with their vicious live sets just released their debut, Holding Hands with Jamie, last month via Rough Trade. The record, which was recording in April during their first trim to America is something that will not be fore everyone but for those that it appeals to, you know this is something special. The indie rock darlings don't sound anything that has come from their city before. Combining lo-fi and a punk ethos -- think Blood Brothers meets Fugazi. These DIY Irishmen are carving a new path for a new era of Irish rock.