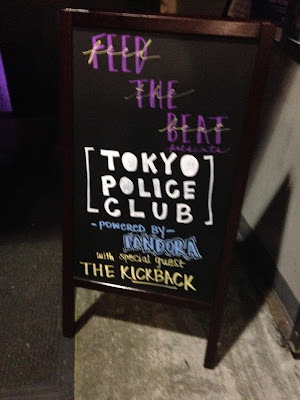 It's the 2015 CMJ Music Marathon, which means more than the usual amount of bands are playing New York City during the week. Yet, while new bands look to get exposure and established acts looks to cement their legacy, it is a time where everyone tries to get into as much as possible and see and much as possible.

One of the biggest parties was a sponsored function featuring Tokyo Police Club and Chicago newcomers The Kickback at Rough Trade in Brooklyn. It was a party put on by Pandora and Taco Bell and as the Canadian pop-rock band came to the end of their album cycle, they did it in grand fashion as fans were packing into the venue even late into their set. 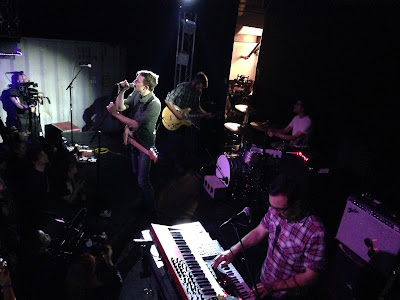 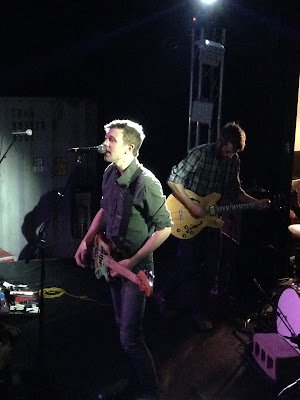 Hitting the stage around 9 to an extremely filled concert area of the record store, fans crammed in to see the band for the free show. As the indie rockers brought their catchy riffs and tunes to the room, they were all smiles as their Toronto Blue Jays made it to another round of the MLB post-season and that must have lit a fire under them as they played with more bombast than usual. 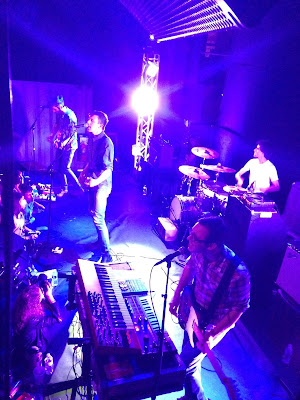 In their hour long set, they gave fans just what they wanted -- the hits and nothing else. It was at CMJ nearly a decade ago where this band first cut their teeth in New York City and now it was payback and they delivered the only way they knew how -- through the music.

While Tokyo Police Club were one of the name acts hitting the festival this year, the idea of unsigned and independent artists getting exposure is what this festival is for and openers, The Kickback, are one who left a mark. In their 30 minute set, the Chicago band which draws clear inspiration from Stone Roses, Wheatus, Butthole Surfers made a name for themselves with their highly energetic and impressive opening set. It took them 30 minutes but this band's Brooklyn debut is something people will talk about for a long time. 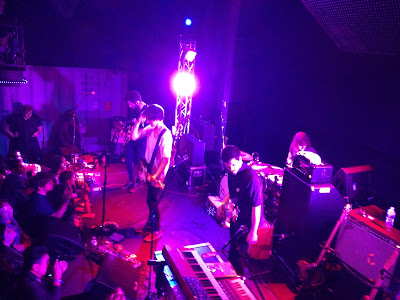 Posted by Salvatore Bono at 8:30 PM