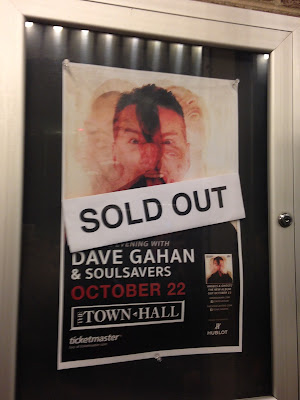 For six special concerts around the world, Dave Gahan and Soulsavers will take their show to intimate venues where they will bring their new album, Angles and Ghosts, to life. This isn't the first solo venture for the Depeche Mode singer but it is the first time where the front man really has broken free of any binds and ties he may have to his day job and now off on his own.

As the tour began earlier this week in Los Angeles, the second and final stop in North America was a sold-out Town Hall in New York's Time Square before they head to London, Paris, Berlin, and Milan. The tour, which is hitting all fashion capitols, is far from the massive stage set ups Gahan is known for. This time, inside the intimate venues, it is a stripped down stage with the six-pieces that comprise his touring band and Soulsavers as well as a trio of backup singers.

Hitting the stage at 8:15, everyone involved in the performance walked out to the sounds of an opera as they took their places and opened with "In the Morning." Gahan, who still manages to strut around and swing his hips like a gothic Elvis, uses his voice more as an instrument on this project and instead of going for pop hits, he is opting for the subdue, melodic and often times melancholy sounds of his own personal agony. More candid and personal than ever, his brooding tenor and baritone vocals, shine like never before.

Even has members of the audience screamed Depeche Mode song titles like "Behind the Wheel," "Policy of Truth" and "Enjoy the Silence," he smiled and brushed it off. Even as they also screamed "Dave, I love you," he smiled and brushed it off. During the main set he was really focused on making the room his and making people, even for at least an hour, forget who he plays with and suspend his legacy for just a brief blip of time, so that his work with Soulsavers can shine.

After an hour on set and playing a majority of Angles and Ghosts, they walked off stage for a brief break before coming back for the encore. "Here are a few you know," he told the crowd. It featured some of Gahan's older solo songs, "Kingdom," and "Dirty Sticky Floors." While more of the audience screamed for Depeche Mode material, he finally obliged them with "Condemnation" and "Walking in My Shoes."

This concert wasn't the Dave Gahan his fans thought they knew, this was the Gahan that really is. 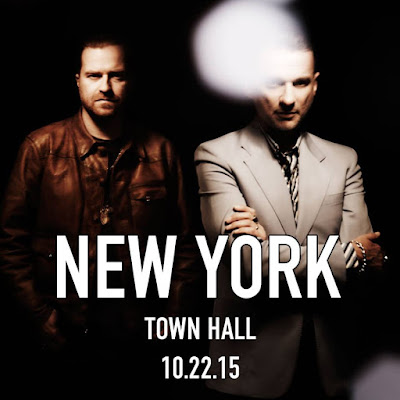