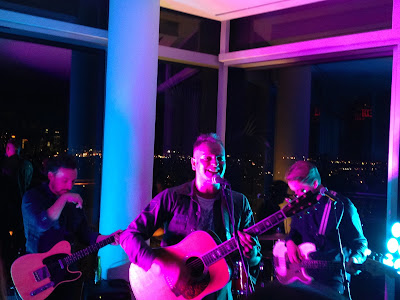 CMJ has gone from a festival where new bands are found to a whose who playing in high profile venues. For British band, Fiction Plane, they are looking to reboot in front of crowds after going under the radar the last few years and did it in one of the most high profile places during this year's CMJ Music Marathon  -- The Standard Hotel in the East Village. 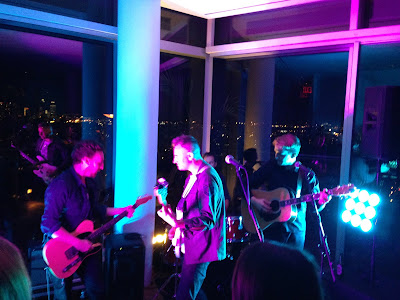 With the New York City skyline as their backdrop, the band, who will release their new album, Mondo Lumina next month, debuted new songs to the swanky room as well as some of their hits. Performing in a place as intimate as the roof of this hotel and being at eye level with their audience, they remained cool under pressure and sounded very good for an uncharacteristic venue. 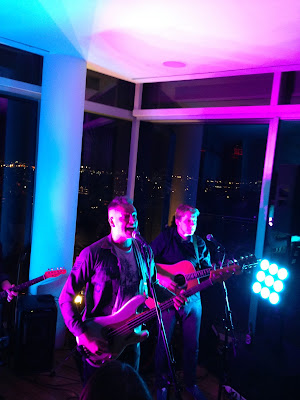 Fronted by Joe Sumner, Sting's son, he looks and sounds like his father and even plays the bass just like him, and like his famous dad, good songwriting is in his DNA. The new songs, "Where Do We Go From Here," "Walk Through the Fire,"and "Flesh and Bone," are just a handful of tracks that could all be singles but also some of your new favorite tracks. His ability to tell a story with every song is part of the appeal. For their hour long set, they played on the top of New York City but made it the top of their world.
Posted by Salvatore Bono at 1:46 PM